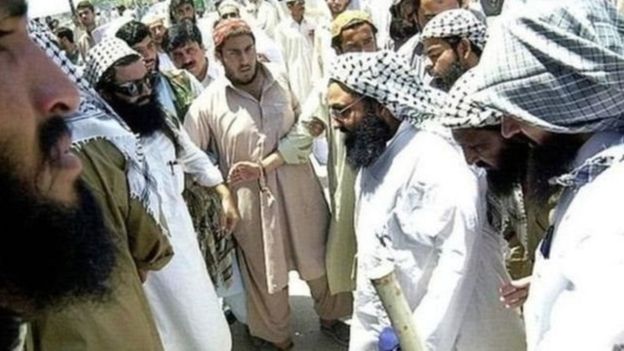 New Delhi : Since the Indian  Indian Air Force  crossed the LoC and demolished Jaish-e-Mohammed’s hideouts in Pakistan Occupied Kashmir Indian news channels are claiming that  over 300 LeM terrorists were killed in the attack. Some news anchors are claiming that the number of  terrorists killed in the attack is 400. Interestingly the news anchors are giving all sorts of details of the Air Force operation in PoK except the picture of the causalities. No picture of any dead or injured terrorist is available in the entire media so far.

“In an intelligence led operation in the early hours of today, India struck the biggest training camp of JeM in Balakote. In this operation, a very large number of JeM terrorists, trainers, senior commanders and groups of jehadis who were being trained for fidayeen action were eliminated. Indian foreign secretary Vijay K. Gokhale told the media on Tuesday.

The news about Indian fighters crossing the Line of Control, was broke by Pakistan.

Pakistan Army spokesman Asif Gafoor tweeted that India’s fighter aircraft had penetrated within three to four kilometers within the Muzaffarabad sector but after the immediate response to Pakistan, they had to retreat.

The Indian media is also claiming that the dead extremists include Masjid Azharuddin’s brother-in-law of Jaish-e-Mohammed.

But sources of Jaish-e-Mohammad told BBC that when Indian fighter aircraft Miraj attacked in Balakot, Yusuf Azhar was not present at that time.

Yusuf Azhar is the brother-in-law of Jash-e-Mohammad’s founder Maulana Masood Azhar.He is also known as Gauri Bhai among his followers

Azhar, 40, is married to Masood Azhar’s younger sister. Like Masood Azhar, Yusuf Azhar is from Bahawalpur in the Punjab province.

Yusuf Azhar is an active member of Jaish-e-Mohammed and has been loyal to the extremist organization’s ideology and goal.

Yusuf Azhar is his code name, and this name is closely related to his Masood Azhar. People do not know their real name.

These sources have also claimed that Yusuf Azhar is completely safe. According to these people, there is no extremist casualty of Jaish-e-Mohammed in the attack. They also said there is  no training camps are working in this area these days, reported BBC

The place that the Indian destroyer planes have attacked is called Jaba. It is located between Manashera city and Balakot. JABA is famous for its sheep farming industry. This is a big village. So after the attack, the villagers reached the place where Indian aircraft dropped payloads.

According to BBC reporter Rahimullah Yusufzai  ‘None of these villagers found the body of the victim nor received any injuries at the place of the attack. According to  the villagers, a house was damaged, but no injuries were found there.

Jaba is near Batarasi, Pakistan’s Scout Cadet College is located in the wild area of ​​Batrasia, but it has not suffered any harm.

Manashera is in the Khyber Pakhtunkhwa province of Pakistan and Pakistan is out of administered Kashmir. It is also clear from this that Indian fighter aircraft crossed the scope of the international border and not exceeded the line of control.

Indian aircraft came along with Line of Control from the Chakoti border area and moved towards Manakura’s Balakot. Another town in Habibabad, adjacent to Manashera, is Abbatabad.