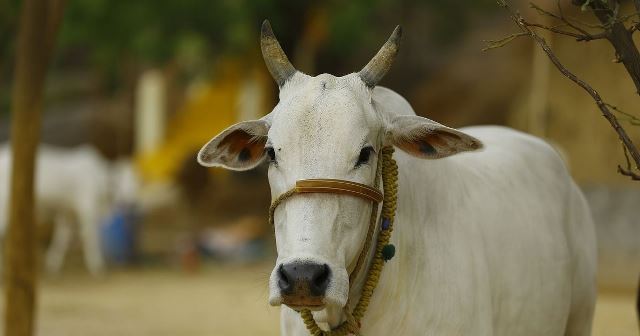 Bengaluru : The Karnataka government has directed the authorities concerned to ensure that cows are not slaughtered in the state on Bakrid which falls on Saturday.

No cow, calf, ox, buffalo and camel can be killed during the festival, it said.

To ensure its implementation, helplines and task forces have been set up to monitor and to lodge FIRs if needed.

Through these helplines, people can complain about instances of violations, including transportation of cows. Bakrid celebrations will begin on Saturday and culminate on Sunday evening.

Posters are being released on the government’s official social media handles warning peple against it.

The government has also formed a task force to strictly implement the Karnataka Prevention of Slaughter and Preservation of Cattle Act, 2020 which is popularly known as the Anti-Cow Slaughter Act.

A taskforce has been forced to keep vigil to prevent cow slaughter in the capital city Bengaluru. BJP state unit on its social media handle claims: “BJP does not approve of appeasement politics. It is a party which preserves culture and practices nationalism.”

“Protection of culture of the land, faith is the main objective of the party. On these lines, the government has undertaken many more measures for protection of cows. Chief Minister Basavaraj Bommai has strictly ordered prohibition of cow slaughter during Bakrid. This is a commitment to ensure welfare of the majority,” it states.

Minister for Animal Husbandry Prabhu B. Chouhan has already given a call not to sacrifice cows during the celebration of Bakrid festival. He had also directed the officials to initiate action to ensure prevention of slaughter of cows in the state.

The authorities must keep a hawk’s eye on illegal transportation of cows and on those who smuggle beef from neighbouring states. He has also asked the general public to be alert and give information.

The new act enacted by the ruling BJP stipulates 3 years to 7 years of imprisonment for the cow slaughter and makes all offences under the act cognizable.

However, though BJP has made elaborate arrangements to prevent cow slaughter in the state during Bakrid, authorities fear the action in this regard would trigger a law and order situation in the state.— IANS