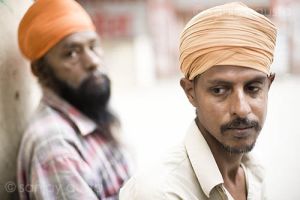 New Delhi, April 11 : Congress leader Jagdish Tytler, facing re-investigation in a 1984 anti-Sikh riots case, said Thursday there was nothing against him as yet to prove that he was present at the scene and that a witness was put under pressure to give a statement against him.

Witness Surinder Singh changed his statements five times and his son called from the US to say that his father was under pressure to give a statement against me, Tytler said, a day after a Delhi court ordered the reopening of a riots case against him.

“There is nothing against me as yet…till nobody has put a question mark on me,” Tytler told TV channel CNN-IBN in an interview.

Tytler is accused of instigating a mob that led to the murder of three men who had taken shelter at a Delhi gurdwara Nov 1, 1984.

The mob attack was part of violence against Sikhs after the assassination of then prime minister Indira Gandhi Oct 31, 1984.

On the court order to reopen the case, Tytler said: “They should do it. I have no objection. But where were the witnesses when the case was registered in 1984?”

“His father says Surinder Singh is lying. I will show you affidavit given to CBI. His brother says he is telling lie, I was with him. The gurudwara secretary says he was telling lies. In the end, he wrote to the PM, saying I’m sorry I told lies,” he said.

The Congress leader said he was ready for 100 percent scrutiny in the matter and won’t take any responsible position in the government till his name was cleared in the matter.

“I resigned because of the moral responsibility…the accusations were against me. I did not want the party or the prime minister to be embarrassed…till the time my name is not cleared, I am not going to ask for any post in the government,” he said.

“I can’t even dream of taking a responsible position as an elected representative. Till date nobody has put a question mark on me except the media,” he said.

On political conspiracy against him, Tytler said: “I think this is just that they wanted to take advantage of the situation and make money out of it. I think Phoolka may be getting enough money from” the Shiromani Gurdwara Parbandhak Committee.—IANS.