Home Indian Muslim No Indian citizen must be Excluded in the NRC in Assam: CPI-M
Facebook
Twitter
WhatsApp
Email
Telegram 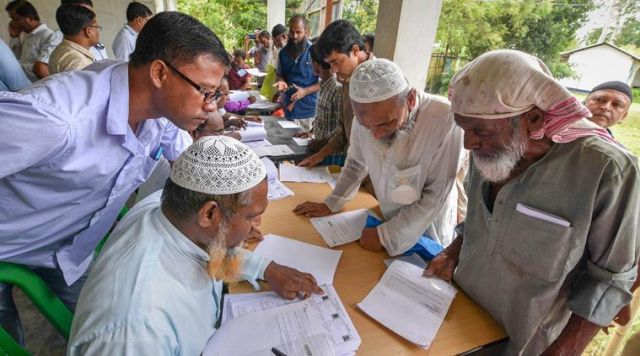 New Delhi: CPI (M) urged the government that no Indian must be excluded in the NRC in Assam saying a large number of women have been left out despite the fact that the Supreme Court declared the panchayat certificate as a valid document.

Reacting on the draft of NRC, the party said the National Register of Citizens (NRC) was part of the Assam Accord which decided on the cut-off date of 1971 to determine the question of illegal migrants settled in Assam. The work for preparing such a register did not proceed until the Supreme Court intervened and under its directions and supervision, the draft NRC has been prepared.

It has been noticed that there are a lot of anomalies in the preparation of the draft. A large number of women have been left out despite the fact that the Supreme Court declared the panchayat certificate as a valid document. Many others complained of being left out due to improper field verification. In some cases, ration cards, as support document, have been reportedly rejected. Strangely, in a single family, some members are included while others are excluded. Consequently, there is apprehension and anxiety amongst the 40 lakh names that did not figure in the draft NRC.

All the complaints regarding non-inclusion must be thoroughly and seriously examined and corrected. The time limit for claims on inclusion of names must be extended to allow people to file their complaints. Only then the final NRC should be published. No Indian should be excluded.

It also criticized the utterance of the BJP President who claimed that all 40 lakhs of people excluded in this draft NRC are ‘illegal migrants’. The CPI(MM) said such statements are causing widespread apprehension.