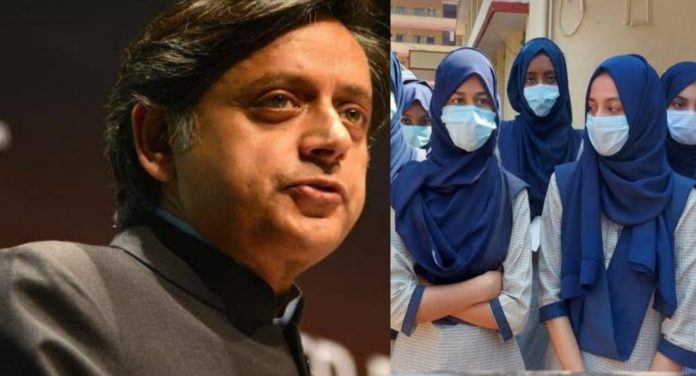 Congress MP Shashi Tharoor has expressed his expressed his solidarity with female students barred from attending classes while wearing hijab at some colleges in Karnataka’s Udupi district.

“In any case there is no law banning religious forms of dress like a Sikh turban or a crucifix around your neck or a tilak on the forehead, all of which are forbidden in France’s govt schools but permitted in India’s,” he said on Twitter.

In a tweet, he asked that if the hijab is disallowed, what about the Sikh turban? The Hindu’s forehead mark? The Christian’s crucifix?

Apart from Tharoor, many politicians and journalists have raised their strong concerns over the same.

Certain colleges have restricted hijab wearing students in the wake of protests and propaganda by Hindu right-wing groups.

A petition have been filed the Karnataka High Court and its hearing is scheduled for 8 February.

UAPA is a menace to democracy: Shashi Tharoor on Kappan release