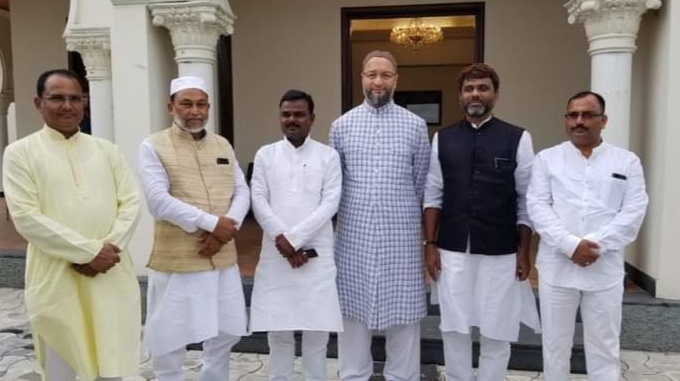 Bihar has for the first time since Independence got a ruling coalition without a single MLA from its largest minority community – Muslim. This is a major setback for Muslims of Bihar in particular and a matter of concern for the Indian Muslim community in general.

How did it happen and which are the factors? What went wrong and where? These questions need serious retrospection with critical analysis of ground politics.

In India there is no scope of any nationwide political leader or political party being identically Muslim. Identical politics anywhere in the present world is, however, short-lived. Such an idea in India will be utter nonsense and would be disastrous for Indian Muslims in the present conditions. The existing rhetoric by a few high-tuned political orators is nothing but one-sided emotional slogan and a tactics to own amateur minds, especially youths, into troll-type political activism with no vision at all. This blunder had already been committed by Mohammad Ali Jinnah earlier, in the process, he became a hero for some and a villain for some others, but undoubtedly, he had been an active player with others, in tearing apart the Muslim Indians into three different geographical pieces while putting them against each other as arch enemies forever.

The recent outdoor adventurism of Mr. Asaduddin Owaisi will of course add in his individual leadership but will wipe out electoral importance of Indian Muslims forever. His five MLAs in Bihar will have to seek and protest for their own “protection” while sitting in the back benches of the assembly for whole five years as were his three MLAs in previous and two MLAs in the present Maharashtra assembly are doing.

If Mr Owaisi steps in West Bengal election too, he will surely cause harm to TMC as he caused partial but sever damage to the prospects of MGB Govt. formation in Bihar this time. Given the present politically volatile atmosphere in WB and 10 year anti incumbency factor, clubbed with BJP’s muscle power tactics, Mamata Banerjee has a tough time ahead in West Bengal assembly election

The Congress is now campaigned to be a “Muslim party” by the right wing political narrative (sick) during elections. Defeating the Congress in election is like defeating Muslims in India in communal term. ‘Muslimization’ of TMC will be BJP’s best and tested weapon in WB election, up next year. In this scenario, even an understanding of seats between AITMC and AIMIM will be yet another extraordinary advantage for BJP in West Bengal.

State level political parties led by Muslims as AIUML in Kerala, AIUDF in Assam and AIMIM in Andhra Pradesh and Telangana are smart and welcome moves. If sincere and serious for the community and Nation’s interest, these state level Muslim-led parties can tactically come together in the Centre as per need, being as they are, without much to do.

It is time to contemplate by Muslim social, religious and academic leadership before it is too late.