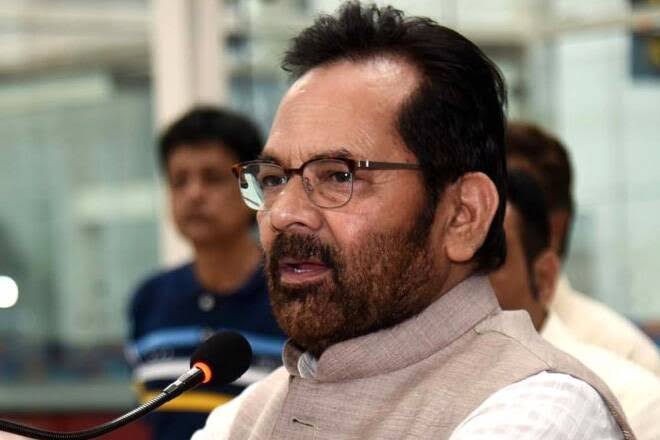 NEW DELHI: The Narendra Modi cabinet reshuffle on Wednesday did not see any Muslim being inducted, despite a few aspirants in the fray, and Minority Affairs Minister Mukhtar Abbas Naqvi remains the community’s lone representative in the Union Cabinet.

BJP’s Rajya Sabha member Zafar Islam was one of the aspirants but could not find a place while after the resignation of M.J. Akbar, there was speculation that one person from the community could be inducted.

Congress spokesperson Meem Afzal said: “There should be no expectation from the BJP as the second largest minority is not on their agenda.”

Community leaders are of the same view.

Muslim Majlis-e-Mushawarat President Navaid Hamid said: “Muslims don’t expect anything from the BJP except they follow the constitutional mandate… the more they ignore, the more they discriminate, the more they are exposed about their prejudice and vicious agenda against most persecuted, the most marginalised, and the most discriminated community in the country. Even if they have given any more representation, Indians would have not expected any good from that Muslim man for the betterment of the community.” — IANS