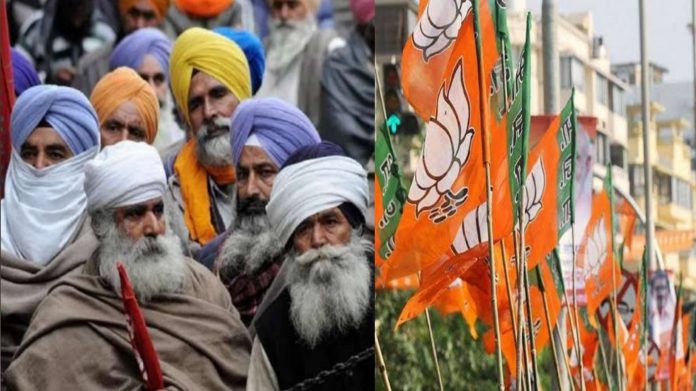 NEW DELHI:  While the Centre’s announcement to repeal the three farm laws is being seen as a political decision with an eye on the forthcoming Assembly elections, many in the BJP believe that it is not going to benefit too much in the poll-bound states especially in Uttar Pradesh as the government reacted late in deciding the fate of the laws.

In his address to the nation on Friday, Prime Minister Narendra Modi announced the decision to repeal the three farm laws and the constitutional process to repeal would be completed during the Parliament Session that would start at the end of this month.

BJP leaders in Uttar Pradesh feel that the decision was late and will have no positive impact on the party’s electoral prospects in the western part of the state.

“This decision can be taken any time since the farmer’s protest started a year ago. This delayed decision is not going to help us in Western Uttar Pradesh and it has already caused lots of political damage,” a senior Uttar Pradesh BJP leader said.

A section in the state BJP mentioned that if the decision would have been taken before then Rashtriya Lok Dal (RLD) chief Jayant Chaudhary would have not joined hands with the Samajwadi Party (SP).

“RLD-SP alliance will pose a challenge to us in Western Uttar Pradesh and it could have been avoided if the decision to repeal laws was taken earlier. In that case, RLD may have joined hands with us,” a party leader said.

Another leader from the state pointed out that the decision sent two messages among masses: firstly the BJP is “losing ground” and secondly it “dented the strong image” of the Prime Minister.

“People are saying that after realising about losing ground, the Centre has decided to withdraw the laws. It has also dented the ‘Kadak’ (strong) image of the Prime Minister, which will also go against us in elections as people know that he (Modi) never bowed down to any pressure. But, now the image has changed,” he said. -IANS