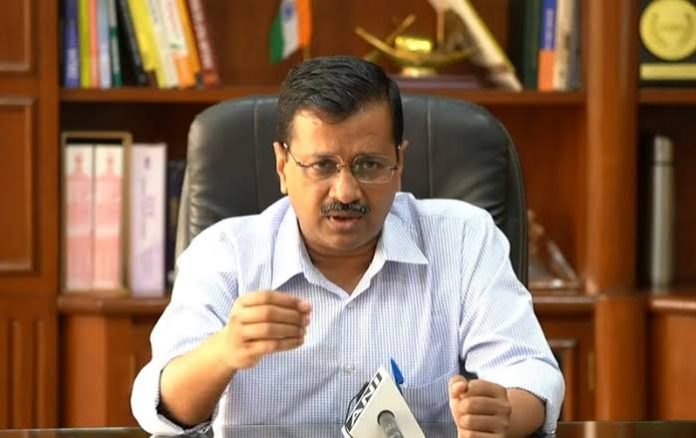 New Delhi, April 19 (IANS) Chief Minister Arvind Kejriwal on Sunday announced that there will be no relaxation in the coronavirus lockdown from Monday as the number of cases continues to rise in the national capital, adding the state government will review its decision after a week.

“As per the instructions of the Central government, some restrictions of the lockdown can be lifted from Monday, especially in areas that have not been severely impacted by coronavirus. We have to deliberate on which restrictions should be relaxed,” the Chief Minister said while addressing the media.

He said the Central government has also said that restrictions should not be relaxed in the hotspot areas or containment zones.

“There are containment zones in all the 11 districts in Delhi. The Delhi government has done its assessment in consultation with various experts and departments. In the last few days, there has been a considerable rise in the number of COVID-19 positive cases in Delhi. We have also increased our testing capacity.”

He said the government has decided to not relax any restrictions in Delhi for now. “We will have discussions with experts and the concerned departments again after a week and will review our decision,” he added.

According to an order, issued by Delhi Chief Secretary Vijay Dev, the government will have a comprehensive assessment on lockdown on April 27.

Speaking to media, Kejriwal said Delhi currently has the second-highest number of cases after Maharashtra.

“On Saturday, we obtained reports on 736 tests, out of which 186 or approximately 25 per cent cases were tested positive. All the 186 COVID-19 positive cases that were reported on Saturday were asymptomatic — they didn”t know they had Coronavirus. This is more dangerous and worrying because these people were living their normal routine, and they must have infected more and more people in the meantime,” he added.

Kejriwal said he interacted with one of the patients, and it was found out that the person had been distributing food in a designated food centre of the Delhi government.

“I have instructed that rapid testing of all the staff and the people who have visited the food centre be done. This means that COVID-19 has been spreading in Delhi.”

So far, Delhi has 77 containment zones that have been sealed to control the spread of the disease.

For instance, he said, in Jahangirpuri, 26 people were tested positive for COVID-19 because they did not observe the containment protocol.

Kejriwal said that even though coronavirus is spreading in Delhi, the situation is under control, and there is no need to panic.

He said if the lockdown had not been imposed, “we would have been on par with other nations where the numbers are quite high”.

“What if 3,000 people would require the ICUs and 2,500 people would require ventilators? We have observed a similar pattern in Italy, Spain and the US, where the ICUs, ventilators and the entire healthcare system were not sufficient in treating all the patients. Our country would be suffering from a similar fate if the lockdown had not been imposed.”

He asserted that even though Delhi accounts for 2 per cent of India”s population, the cases account for 12 per cent of the total cases in the country.

“It is because Delhi is the capital of the country and it has to fight the hardest battle against COVID-19. Maximum people who came from abroad landed in Delhi, and they brought COVID-19 with them. Delhi had to suffer the brunt of it, along with the Markaz (Nizamuddin) event that happened a few days back.”

However, no new cases from the Markaz have been reported in the last four days.