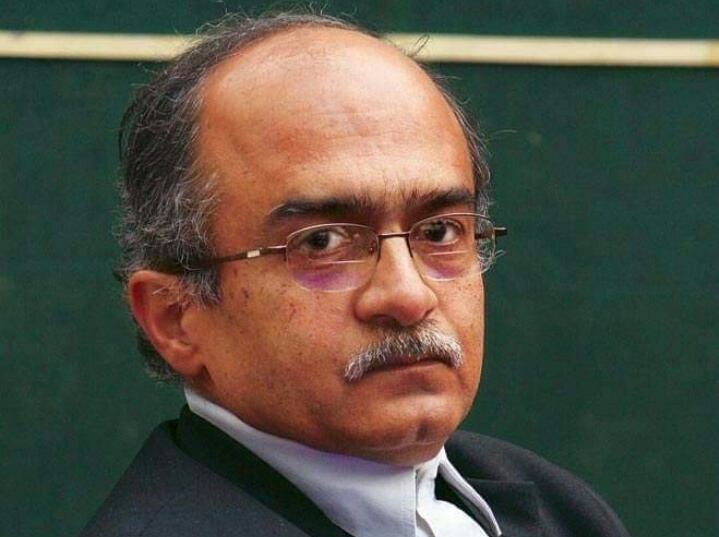 NEW DELHI — The Supreme Court on Tuesday during hearing of a contempt case against advocate Prashant Bhushan told the Attorney General (AG) that Bhushan’s “court has collapsed” comment was objectionable, but his response to the court was even more derogatory.

As AG K.K. Venugopal insisted that the top court should show statesmanship and not use the powers of contempt, the bench asked the AG, what is the use of warning to Bhushan who thinks he has not done anything wrong?

Venugopal responded that his response should not be considered.

The bench headed by Justice Arun Mishra said: “How can we not? Everyone is criticizing us that we have not considered his response.” The bench said according to it Bhushan’s response was even more derogatory.

When the AG insisted that Bhushan would not do this again. Justice Mishra said: “Let him say this.”

Venugopal urged the top court to forgive Bhushan and said it was not necessary to punish him. The court told the AG that he too had initiated contempt proceedings against advocate Bhushan a year ago for just one wrong accusation and withdrawn it only after he expressed regret, but this is not the same case here.

The AG submitted before the bench that Bhushan has expressed regret in the 2009 matter and he should be allowed to do the same in this case as well. The top court has convicted Bhushan for making derogatory statements against the judiciary in two tweets. Bhushan has refused to apologize and said it is his bona fide belief.

Justice Mishra, pointing at Bhushan’s reply, told the AG, please read his reply and see what he has said that the apex court has collapsed. “Isn’t that objectionable,” the bench queried the AG.

The hearing on the matter is in progress.