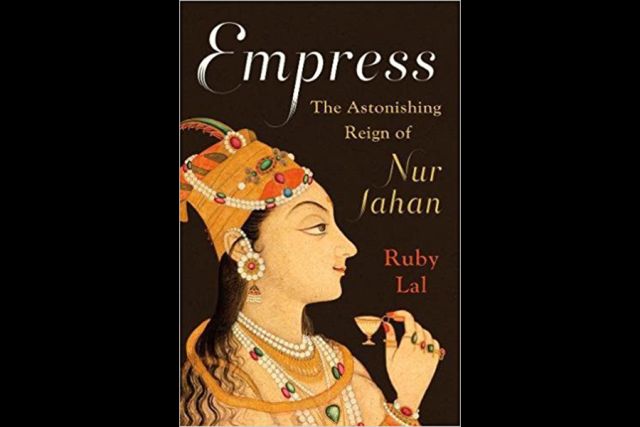 For certain generations of Indians, the cinematic fable of Anarkali is perhaps the most celebrated, but cliched, introduction to royal court intrigues of the Mughal era, in which an enraged Emperor Akbar orders the confinement of Shehzada Salim or Jehangir’s lover and semi-fictional heroine in a nondescript portion of a wall at the Lahore fort, following an elaborate courtship, including song and dance.
Ruby Lal’s biography “Empress: The Astonishing Reign of Nur Jahan” in many ways tries to throw the spotlight on the real heroine of the life and times of Jehangir: His empress Nur Jahan.

Lal, in her feminist biography of the Nur Jahan — born Mihr un-Nisa — underscores her worth in the otherwise overwhelmingly male-dominated annals of the Mughal empire, which have invariably spoken about the men who wore the crown and defined the destinies of the millions who lived in their empire.

Nur Jahan, according to Lal, was everything every Mughal empress, before and after her, wasn’t.

A warrior who led troops into battle, an expert horse-rider, a widow who ended up marrying an emperor, an empress who issued royal proclamations and who had royal coins with her name etched on them. And when push came to shove, also rescued Jehangir after he was imprisoned by one of his officers.

Lal’s approach in chronicling Nur Jahan is an interesting one. By using historical fact as an easel, the author paints rich, vivid, descriptive strokes of Nur Jahan’s journey from the daughter of a relatively nondescript and persecuted Persian nobleman, their perilous travels to the Mughal court in Lahore and her dramatic rise to becoming the Empress of the mighty Mughal Empire.

“Asmat and Ghiyas would have walked along the streets crowded with houses, perhaps exploring the bazaars, that pulsates with energy, packed with buyers and sellers, and passersby exchanging greetings and the news. One section of the bazaar, a series of intricate lanes, was set aside for women only. Women took their time gazing at the bold patterns and colourful embroidery on the finest muslins, silks and velvets. Many wore flowers in their hair, and toe rings and anklets with charms or little bells and chewed betel leaf to redden their lips. Married women wore maang, red colour in the parting of their hair; or the sekra, seven or more strings of pearls that hung from a band at the forehead or the laung, a clove-shaped stud ornamenting the nose” is how Lal evocatively describes the scenes which Nur Jahan’s parents would have encountered in 16th century Lahore, a flourishing centre of trade and a beacon for the persecuted Persian parents, whose daughter in the decades to follow would be the Empress of the Empire.

The book also puts into context different narratives about the rise of Nur Jahan, while laying down antecedents of the chroniclers of the time, thus allowing the reader to gauge and understand the political and historical context to the narrative.

For example, while summarising three parallel narratives about a snake threatening a just-born Mihr un-Nisa, she says: “An Italian quack doctor, an Indian courtier, a Scottish adventurer — each wrote of Nur Jahan’s birth. The Catholic mercenary Manucci (Italian) was interested in an imitation of Christ. For Khafi (courtier), the Indo-Persian tales of migration and a man’s compassion for his wife were dominant. Alexander Dow (Scotsman) and the early colonial writers who followed him were enchanted by a romantic image of India, that land of wonders, surprises — and snake charmers.”
“Empress: The Astonishing Reign of Nur Jahan” is a rare lyrical read about a dashing woman who not only smashed the prevailing high walls of conservatism of her time, but whose influence is also unfortunately overshadowed in India by the romance of a Jehangir’s semi-fictional lover, Anarkali.