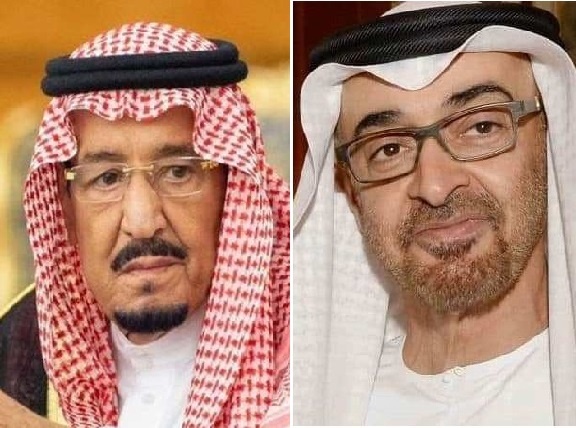 India’s closest allies such as Saudi Arabia and UAE were perhaps the firsts among the few countries who offered to assist India with medical aid to tackle the deadly second wave of the coronavirus pandemic. Saudi Arabia last week of April reportedly shipped 80 metric tonnes of oxygen, which India needed desperately amid steady rise in deaths across the country due to its shortage. Similarly, UAE too sent  a special cargo for medical aid comprising 480 BiPAPs (for breathing support), 157 ventilators, and other medical supplies.

All Indians, primarily Muslims, are hugely indebted and elated by the offers of support with many taking swipes at the Hindutva brigade who hold narrow idea of diplomacy and shallow view of Muslims world. In spite of some hiccups by some demagogues, humanity and compassion in the time of crisis have emerged in abundant measures in recent times – right from the Syrian migration crisis when Germany, along with other nations, opened the door for the victims to the exodus Rohingya Muslims who were largely sheltered by relatively poor economy like Bangladesh. Here, the Indian government, ruled by ‘Hindu Samrat’ escaped from the Hindu religion’s core cultural ethos of Atithi Devo Bhava, showing the door to the persecuted Muslims. However, India is not alone. The Muslim-ruled Arab nations too didn’t live up to the ethos of Islam to stand by the persecuted and marginalized. In Arabs case, it’s routine. They rarely speak up for any sorts of violations being perpetrated on Muslima. The Muslims of India had a tough time during CAA impasse but no word of empathy from Arabs came amid months-long protests ensuing with police brutalities on protesters in Uttar Pradesh and other parts of the country. The 200 million plus Muslims looked to Muslim nations, Arab world in particular, to, at least, raise the issue of “possible disenfranchisement and expulsion of a vast number of Muslims” on world forums in the wake of implementation of citizenship matrix.

Like in the past, the mainstream Muslims have maintained a studied silence, but social media platforms are abuzz with abusive words for despotic Arab rulers for remaining mute spectators when inhuman treatment of Muslims and attacks on their economy, identity and faith were on peak. Innocent, poor traders were maimed, lynched by the Hindutva goons poor with full impunity.

However, the common Muslims have found social media to express their angst. Below are some to have a broad view of how Muslim mass view the Arabs:

Some agitators posted messages like “Where was your charity when 370 was abrogated? Why didn’t you speak when the longest curfew and inhuman curbs were imposed on Kashmiri Muslims?”.

Many comments were too serious pointing out the Muslim nations’ indifferent attitude towards the Citizenship Amendment Act – an issue over which US and UK mainstream parties took stand.

“Where was your compassion when armed policemen attacked innocent Muslim students in Jamia Millia Islamia and Aligarh Muslim University?”

“Where was your kindness when our mothers and sisters were sitting open in the sky  bone chilling winter in protest of CAA?

“Where was your concern when 23 Muslims were killed in the brutal state crackdown in UP during a protest against anti-Muslim CAA?

“Where was your  kind heartedness when Delhi Police were shooting and brutally  thrashing Faizan and his friends and forcing them to chant Bharat Mata Ki Jai during communal riots?

“When all these  inhuman acts were being committed  against world’s second largest Muslim population  your humanity was on leave.

“When we the 20 crore Indian Muslims were facing crime against humanity you (Saudi Arabia & UAE) were more concerned about your business-deal, appreciating the man (Modi) under whose regime all such crimes took place. Rather you conferred on him the highest civilian award of your country.”

OIC Makkah Summit : Drumbeat of war in the city of peace