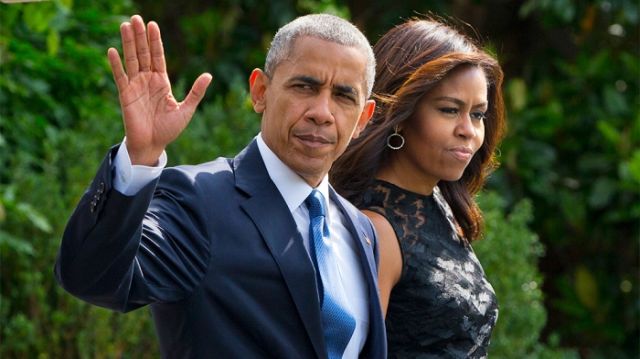 Washington : Former US President Barack Obama was in advanced negotiations with Netflix to produce a series of high-profile shows that will provide him a global platform after his departure from the White House, a media report said.

Under terms of a proposed deal, which is not yet final, Netflix would pay Obama and his wife, Michelle, for exclusive content that would be available only on the streaming service, which has nearly 118 million subscribers worldwide, The New York Times quoted informed sources as saying on Thursday.

The number of episodes and the formats for the shows have not been decided.

Obama does not intend to use his Netflix shows to directly respond to President Donald Trump or conservative critics, according to the sources.

They said the Obamas had talked about producing shows that highlight inspirational stories.

But the Netflix deal, while not a direct answer to Fox News or Breitbart.com, would give Obama an unfiltered method of communication with the public similar to the audiences he already reaches through social media, with 101 million Twitter followers and 55 million people who have liked his Facebook page.

“President and Obama have always believed in the power of storytelling to inspire,” Eric Schultz, a senior adviser to the former president, said on Thursday.

“Throughout their lives, they have lifted up stories of people whose efforts to make a difference are quietly changing the world for the better. As they consider their future personal plans, they continue to explore new ways to help others tell and share their stories.”

Executives from Apple and Amazon, which have their own streaming services, have also expressed interest in talking with Obama about content deals, The New York Times quoted the sources as saying.

The deal between Netflix and Obama would be a modern media twist on an approach that former politicians have tried in the past.