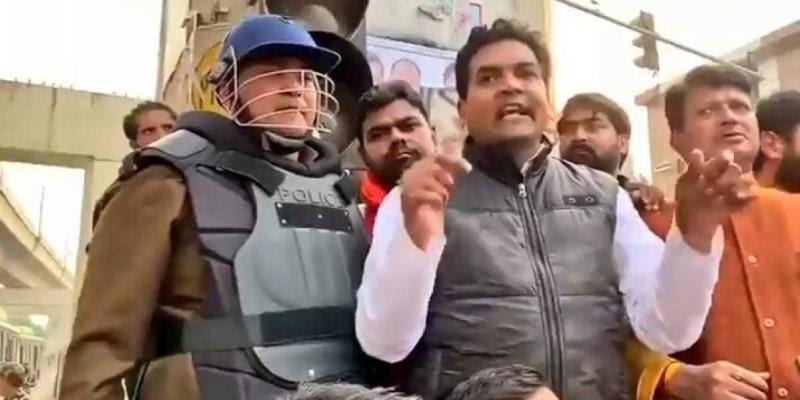 New Delhi: Former DCP Ved Prakash Surya, who was seen standing along with BJP leader Kapil Mishra when he delivered his hate speech just before the beginning of violence in February 2020 in Northeast Delhi, have sent his request to the Delhi Police headquarters to consider him for President’s Police Medal for Gallantry, The Indian Express reported.

Surya has sought the award saying he had saved the lives of hundreds of people as well as properties and performed “extraordinary” work during the riots.

In his application, Surya has claimed to have controlled the violence within three-four days. He also talks of his “courageous efforts in saving lives of hundreds of people”, including in response to phone calls for help, and says he wasn’t deterred despite stone-pelting.

Some of his colleagues have put their case before the headquarters for the award. Sources said most of them have cited their role during the riots.

An anonymous police officer was quoted by TIE as saying that the proposal for the medal is sent from the district to the police headquarters, where it is put up before a committee of senior officers and finally approved by the Delhi Police Commissioner. The file is next sent to the Home Department and then the Union Ministry of Home Affairs.