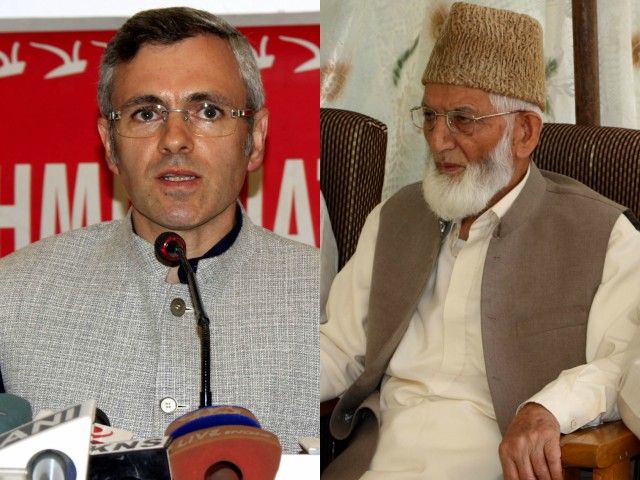 Reacting to a news report which said police had restrained Geelani from attending the funeral prayers of a person killed during Sunday’s Shopian gun battles, Abdullah tweeted: “Why? I thought the government had announced that he had been granted ‘azadi’. What happened?”

Jammu and Kashmir Director General of Police S.P. Vaid had said last week that authorities had decided to lift the house arrest restrictions on Geelani.

Following that, Geelani, who favours Jammu and Kashmir’s merger with Pakistan, had offered congregational prayers after eight years on Friday last week.

But as tensions mounted in the wake of Sunday’s gun battles in south Kashmir in which 20 people were killed, authorities again placed Geelani under house arrest on Monday.