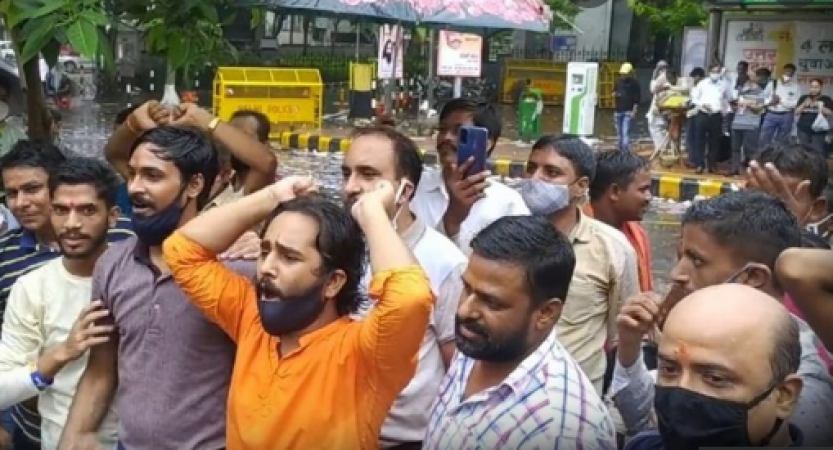 New Delhi: Delhi Police have arrested one Uttam Malik, who is a follower of Islamophobic Hindu priest Narsinghanand Saraswati, in connection with anti-Muslim slogans raised at Jantar Mantar in the national capital on 8 August.

The police are conducting raids to nab another accused, Pinky Chaudhary, who is absconding after his anticipatory bail application was rejected.

So far, eight people including BJP leader Ashwini Upadhyay have been arrested in the case. Upadhyay was released a day after being arrested.

In a video recorded at Jantar Mantar on August 8, Uttam Malik, who also goes by Uttam Upadhaya, said he was a follower of Dasna Devi temple’s (Ghaziabad) head priest Yati Narsinghanand Saraswati, who was booked in April for allegedly making disparaging comments against the Prophet at an event in Delhi.

Police said Uttam was arrested from New Delhi district when he came to meet his associate. “He runs a stationary shop in Ghaziabad. We are questioning him and trying to find out his connection with the other accused,” a senior police officer said.