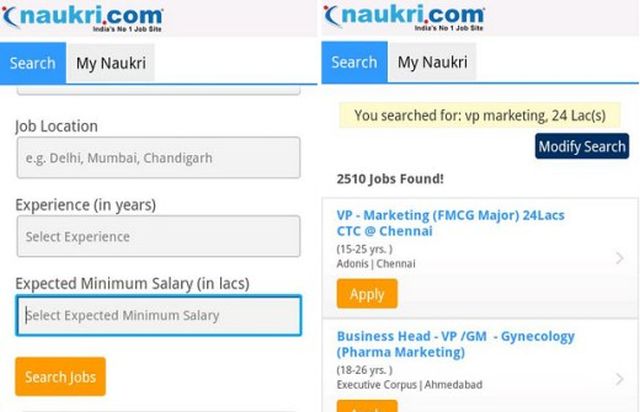 The survey said the Naukri Job Speak index for February at 2,087 recorded a 6 per cent growth from the corresponding month in 2017, indicating optimism across industries, including BFSI (banking, financial services and insurance).

According to the job portal’s report, the YoY comparison highlighted that top metros maintained a steady growth while the tier II markets were not far behind — signalling a healthy uptrend.

Mumbai witnessed a significant 12 per cent jump in hiring when compared to February 2017, while the national capital New Delhi grew by 4 per cent, it added.

“As predicted earlier, the job market continues to be volatile. The Job Speak index has shown a YoY growth of 6 per cent in February,” said V. Suresh, Chief Sales Officer, Naukri.com.

“This growth is primarily driven by non-IT sectors like oil and gas, BFSI, industrial products, construction and automobile. The IT sector continues to be under pressure, we can expect this volatility to continue for a few more months before it moves north,” he added.

The report revealed that in February 2018, the industry which incurred a record high in terms of hiring was the oil and gas sector.

“This trend is closely followed by banking and financial services, and insurance sectors at 16 per cent and 22 per cent, respectively,” the report said.

It pointed out that while the index noticed less movement for IT and BPO sectors during the month under review, jobs in industrial products/heavy machinery grew by 22 per cent.

In terms of functional areas, the report showed that banking/insurance grew by 7 per cent in February, while production/maintenance and site engineering jobs saw a 21 per cent and 19 per cent growth, respectively.

Marketing and advertising roles saw a 9 per cent growth during the month under review.