Prominent Anti-CAA protester and SDPI leader Shahin Kausar has been arrested from her Shaheen Bagh flat on Tuesday night at 3 am by NIA.

“I was arrested today (September 27) at 3.30 am early morning. Please pray for me,” Shaheen Kausar had posted on her timeline.

According to Shaheen Kausar’s family, the SDPI state vice president was taken into jail at 5 am by the special team of the NIA and the local police after they had raided their house at around 3 am. Then, at seven this morning, she was again detained and transferred to the Lajpat Nagar police. 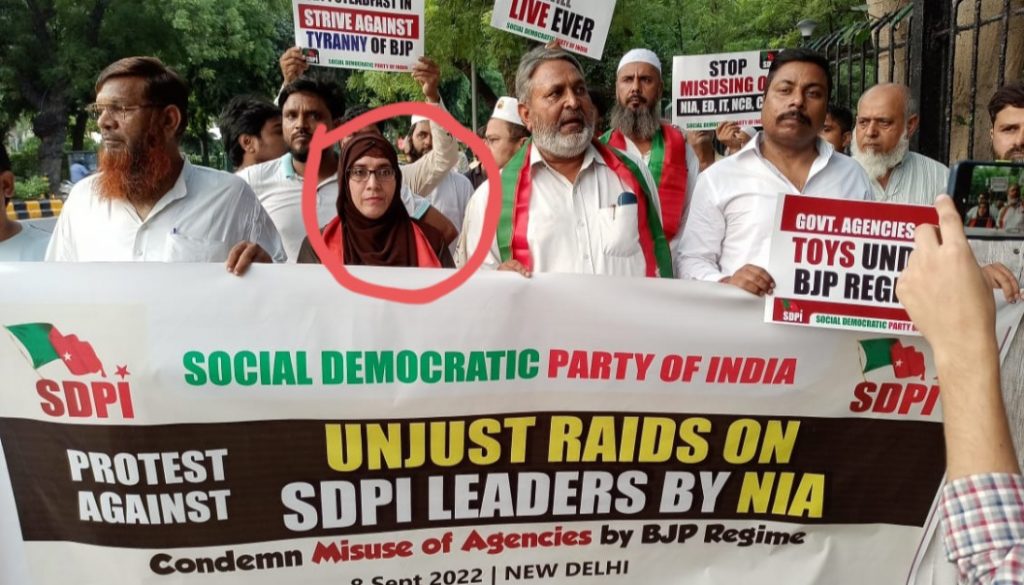 Though this has not yet been confirmed, it is also rumoured that the detained SDPI leaders and workers will be freed.

Official Sources told IANS that suspected members of Popular Front of India (PFI) were planning a ‘chakka jam’ protest in the national capital.

“Shaheen Kausar and other members of PFI were planning Chakka Jam across Delhi,” the high-level sources were quoted as saying by IANS.

According to police sources, during the operation on Monday night, more than 30 PFI activists were detained and they are being held are being questioned. The directives to execute Section 144 in the New Friends Colony and Jamia area have been issued in response to the protest in this regard. For breaking the order, legal action has been recommended under Section 188 CrPC.