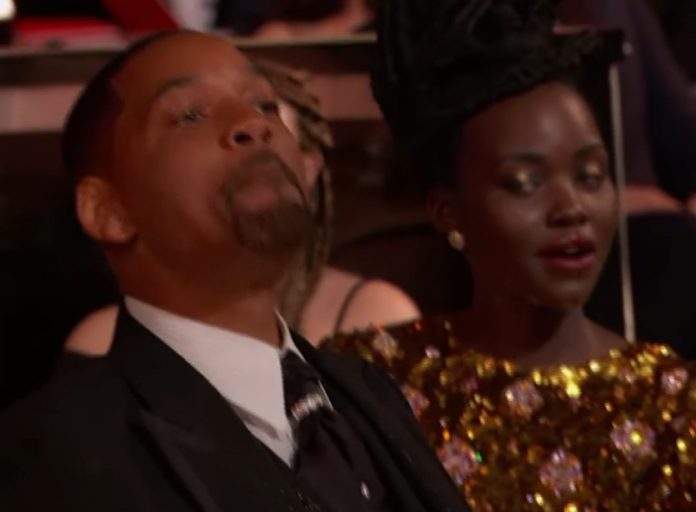 The Will Smith act of not taking lightly the comment made on his wife is worthy of applause, his response may be debatable. Afterall who would have the courage to walk up on the stage at Oscars and slap the host for a nasty joke moments before the announcement for the best actor is to be made where he himself is a nominee. But as Will says in his acceptance speech, referring Richard Williams from his movie, “Richard was a great defender of his family. And love makes you do crazy things.”

Talking about India, over the past two decades comedy has entered in the populist grey zone with the proliferation of career comedians milking on the crass idea of humour that is, to a vast audience of gen z. With the market doing great the competition to catch the eyeballs has led to an intense degradation of this fine art. In recent years the slide down the abyss has been more steep with a shrinking attention span determining the limits to which the content can be pushed.

So what started with the normalisation and acceptance of sexist jokes has eventually led to the curation of vulgar content and desperate usage of abuse dished out in the form of stand up comedy.

What is also hypocritical about this new brand of comedians is that while proclaiming to shatter stereotypes they engage and endorse in acts that actually reinforces it. The subtle and the obvious faultlines of the society actually find an expression in the content of the comedians, but unfortunately it is meant only to leverage fun at the expense of the problem underlying.

Gender and sexuality, Socio-Economic Exclusion, Mental Health, Communalism, Casteism and Regional divide, the new age comics have left no stone unturned to use the grave social realities in one form or another with the sole purpose of delivering thrill and pleasure to their audience.

Having said that in the neo liberal era there is no free lunch. It was just yesterday that the government had announced the closure of PM Awas Yojana Urban housing scheme for the marginalized and downtrodden, the subsidies have already been cut on a large number of items and the government representatives have stated it on more occasions than one that we do not abide by the traditional welfare state model, we have created an enabling environment and it is upto people to make the maximum use of it and lift themselves up. So what essentially the government is trying to say is that though the vulnerabilities of the masses can be used for political mobilization and make for a great event it does not place any liability on the government per se.

Keeping the political commentary aside the essence of the above stated context is that like every business comedy is no leisure activity. It’s a vocation where the dynamics of demand and supply take centre stage. The performance is less of an artistic creation and more of a recipe noodle meant for instant hit. That the formula is sustainable and is a huge draw is visible from the profile of people with pedigreed background choosing it as a profession.

However in India the rapidly expanding space of stand up comics, the Kapil Sharma show and the meme revolution together with their wit and humour have failed to lift the mood of the country, as evidenced by the Global Happiness Index where we performed badly than our bloody neighbour, and actually had the last laugh. Pun intended.