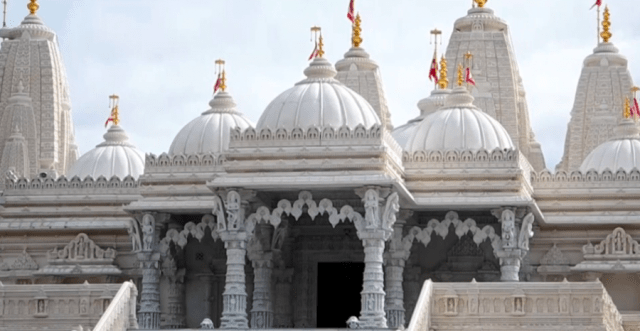 Pakistan has more than 235,000 cases of COVID-19, with almost 5,000 deaths. Yet, the Muslim religious leaders, rather than working to deal with the crisis, have imposed a new controversy that is likely to raise questions about Islam’s claim to be a tolerant religion.

In June, this year, the government of Pakistan approved about $70,000 to construct the first Hindu Temple in Islamabad to serve the religious needs of some 3,000 Hindus in the city.

The Lahore-based Jamia Ashrafia called the decision as un-Islamic and issued a fatwa (religious decree). Founded by Mufti Muhammad Hasan in 1947, the Muslim theological seminary follows scholars of the Deobandi school.  Others joining the chorus include JUI-F, Markazi Jamiat Ahle Hadith, and those affiliated with Lal Masjid and other seminaries of the capital.

Mufti Ziauddin of the seminary’s Lahore chapter said in his religion that it was Islamic to retain and maintain the existing places of worship of the minorities. However, in an Islamic state, permitting them to build new places of worship or to rebuild an abandoned area of prayer is un-Islamic. It is equivalent to aiding in a wrong deed, which isn’t permissible.”

Does Islam deny non-Muslims to construct their houses of worship?

The decree contradicts itself. On the one hand, it recognizes the right of non-Muslims to worship in their houses of prayers, while on the other, it denies them permission to build new places of worship.

The Quran says that divisions based on faith are eternal and would continue to exist. “AND [know that] all humankind was once but one community, and only later did it begin to hold divergent views.  Had it not been for a decree- that had already gone forth from thy Sustainer, all their differences would indeed have been settled [from the outset].” 10:19

It further elaborates that diversity in views is divinely approved. “And had thy Sustainer so willed, He could surely have made all humankind one single community: but [He willed it otherwise, and so] they continue to hold divergent views.” 11:118

It endorses the right of people to have diversity in their belief system. “Verily, [O men,] you are deeply at variance as to what to believe.” 51:8

It speaks against compelling people to renounce their belief system. “And [thus it is:] had thy Sustainer so willed, all those who live on earth would surely have attained to faith, all of them:  dost thou, then, think that thou couldst compel people to believe.” 10:99

Finally, it urges believers to defend everyone’s right to worship. “Of those driven from their homelands against all right for no other reason than their saying.”Our Sustainer is God!” For, if God had not enabled people to defend themselves against one another,  all] monasteries and churches and synagogues and mosques – in [all of] which people extoll the name of God – would surely have been destroyed [ere now].  And God will most certainly assist him who suc­cors His cause: for, and certainly, God is most powerful, mighty, ( 22:40)

Muslims in the West have built thousands of their houses of worship in the last few centuries, despite the hurdles bigots and fanatic opponents pose. It is common sense that if others decide to settle in countries where Muslims are in the majority, they will build their houses of prayers. It is the responsibility of the state and the Islamic religious community to stand for their right. While the government of Pakistan has lived the spirit of the Quran, some theological seminaries and leaders have chosen to defy God in this matter. They need to understand that the construction of a Hindu Temple in the city known as Islamabad will not diminish Islam or Muslims. Instead, it will provide living evidence of Islam’s respect of other religions.