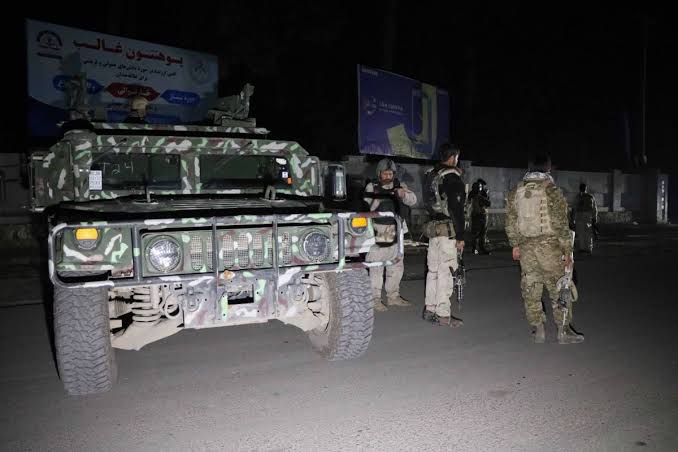 More than 100 Taliban militants have been killed as fierce clashes continued with the Afghan security forces in the provinces of Faryab, Herat and Farah over the past three days, officials said.

The Taliban militants, since the withdrawal of the US-led forces from Afghanistan on May 1, have stepped up activities and captured over a dozen districts, attempting to overrun the northern Faryab province, an army spokesman said on Thursday.

According to the spokesman, the Taliban’s repeated attempts have been foiled and the security forces backed by fighting planes have killed 45 militants and injured over 60 others in Shirin Tagab and Dawlatabad districts of Faryab over the past three days, Xinhua news agency reported.

Dawlatabad district has been changed hand to hand and currently is in government control, the spokesman said, adding that operations are underway to evict the militants from Qaisar district.

The official did not comment on the number of casualties on the security side.

He, however, said the Taliban fighters launched frequent attacks on Shirin Tagab district over the past three days but gained no ground.

According to a local observer, if the Taliban is successful in capturing Faryab province, the group could tighten the noose around Mazar-I-Sharif, the largest city in Afghanistan’s northern region which borders Uzbekistan.

Similarly, the Taliban fighters have intensified operations in Herat and the neighbouring Farah provinces bordering Iran.

Taliban attacks on Jwain and Anar Dara districts of Farah have been repulsed and the militants fled after leaving 36 bodies behind.

Taliban militants have surrounded the Obe district of Herat province over the past few days, calling on security personnel to surrender.

In the meantime, hundreds staged a peaceful demonstration in front of Herat’s governor office on Thursday to help rescue their sons from the Taliban siege.

Taliban spokesman Zabihullah Mujahid has rejected the claims made by the officials, claiming that the militants have captured 41 districts and would continue to defend their positions. — IANS