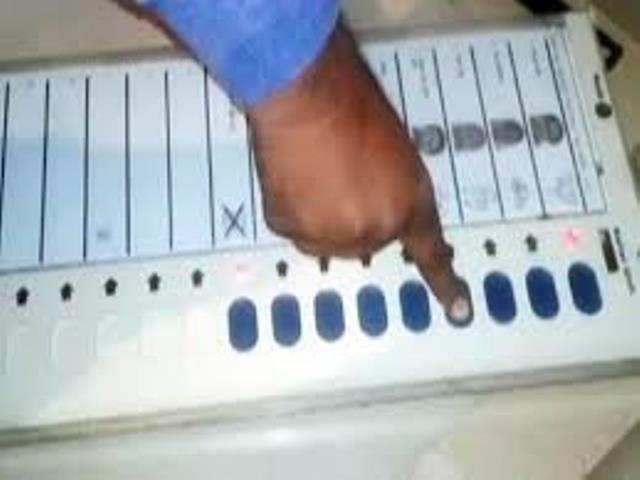 New Delhi :  In the midst of the election season, questions are being raised by various Opposition parties over the Electronic Voting Machines (EVMs) after about 10,000 of these machines malfunctioned at different places during the first three phases of Lok Sabha polls.

The Election Commission (EC) has deployed 23.4 lakh EVMs for balloting at 10.5 lakh polling stations across the country.

Of these, the actual deployment of EVMs is 20.07 lakh, with the poll panel having kept 2.5 lakh units as buffer for replacements. Further, the EC strong rooms have 0.83 lakh units which are “locked” with previous election petitions, said sources.

EC sources said they have noticed three types of malfunctioning in the EVMs — the paper rolls in the VVPATs getting stuck, keys getting jammed and EVMs and VVPATs (paper trail) suffering lack of synchronisation just as a computer needs to be connected to the printer.

They said two types of machines, M2 and M3, are being used in the Lok Sabha polls. Out of the total 23.4 lakh units, 5.5 lakh are M2 type and 17.9 lakh M3 type. The M3 is an improved version of M2 and is better designed to handle any attempt to tamper with the EVM.

Insisting that the EVMs are tamper proof, the EC sources said the machines have gone through rigorous checks and the representatives of various political parties are involved at all the stages when the machines are used.

“The EC is conducting the national polls with the help of around 10 lakh government staff. Lack of training or mishandling of the machine by some persons could be the reason behind these complaints,” the sources said.

EC sources said a technical review committee is looking into these issues and has suggested some changes in the specifications of paper rolls which are of certain thickness and have been designed to carry the imprint for five years, but sometimes face problems in humid conditions.

Though the percentage of the units replaced is small, it has given the Opposition a handle to slam the ruling Bharatiya Janata Party (BJP) and question the credibility of the entire process.

The charge by various Opposition parties is based on two points — that the BJP allegedly tampers with the machines to get votes and that the malpractice goes against the basic tenet of democracy and fails to provide a level playing field to all the contestants.

The Opposition parties have urged the EC to go back to the old paper ballot system while claiming that the EVMs have been rejected by many developed countries.

“It is the responsibility of the poll panel to clear the doubts in the minds of the voters over the credibility of EVMs. Therefore, we had asked for 50 per cent VVPATs to be matched with the votes polled,” Congress spokesperson Abhishek Manu Singhvi said.

Congress’ Lok Sabha member from Thiruvananthapuram Shashi Tharoor charged that votes polled for other parties were all going to the BJP by default.

Tharoor flagged that the Congress key in the EVM in polling station No. 151 in Kovalam was jammed on April 23.

The EC sources said the machines were replaced after the fault was detected.

Former EC official S.K. Mehndiratta, who was involved in the introduction of EVMs, backed the machines, saying the Opposition’s charges were not based on evidence.

He pointed out that the political parties were part of the testing process.

(The writer can be contacted at