Muslim Mirror
Home Health Over 2000 children lost either one or both parents due to Covid...
Facebook
Twitter
WhatsApp
Email
Telegram 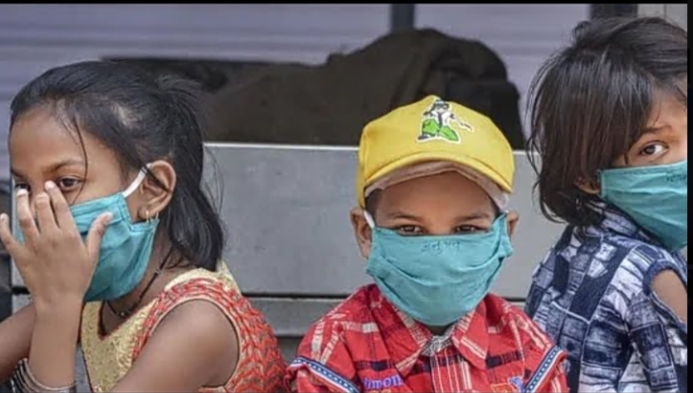 New Delhi: Over 2,000 children in the city have lost either one or both their parents to the novel coronavirus infection, with 67 of them losing both their parents, since the pandemic outbreak in March last year, says a survey conducted by the DCPCR.

The Delhi government has planned to give a compensation of ₹2,500 per month to such children.

The DCPCR had also launched an all-day functional helpline number — 9311551393 — for citizens to report any such case or seek any information pertaining to child rights.

An official statement said the Commission has used its helpline to undertake various well-being surveys and identification of children who have lost their parents due to COVID-19 using data provided by the Delhi government’s health department.

The details of these children have been shared with the Department of Women and Child Development for necessary action on its part and ensuring enrolling eligible beneficiaries in schemes notified by the Delhi government for children who have lost their parents due to Covid, the statement said.

Chief Minister Arvind Kejriwal had on May 14 said his government would bear the cost of education and upbringing of the children orphaned during the pandemic.

Prime Minister Narendra Modi had last month announced a number of welfare measures for such children, including ensuring a corpus of Rs 10 lakh when they turn 23 years of age and providing for their education.

The DCPCR helpline was launched in April and has now completed three months of operations wherein more than 4,500 complaints have been reported.

Of these, 2,200 have been complaints of the SOS category which needed attention on urgent basis, the statement said. These SOS complaints consisted of children/families in urgent need for essential supplies such as ration, medical emergencies, cases of abandoned children, Covid testing related requirements, among others, it added.

Anurag Kundu, chairman, DCPCR, said in the last three months, the helpline has enabled the commission to reach out to more children and their families.

“It is just a humble beginning and the helpline has a long way to go to firmly establish itself as a useful and reliable medium. Going by the current trend, the Commission will receive nearly 20,000 complaints in the ongoing year. This is nearly 1,300 per cent of the average of the past three years and is two-and-a-half times the complaints the Commission has received in 12 years!” he said.-IANS