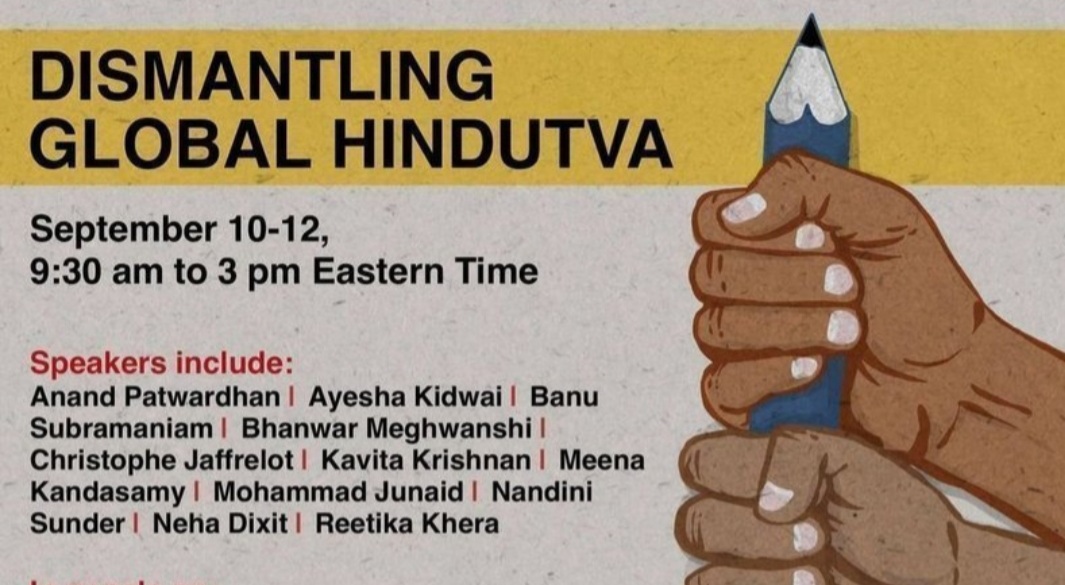 New Delhi: ‘Dismantling Global Hindutva Conference’ is a three-day global academic conference addressing the rise of Hindu nationalism. The conference which is being held from September 10-12 is co-sponsored by departments of over 50 US universities, including Stanford, Harvard, Princeton, New York University, Cornell and Northwestern University.

A number of panels on the emergence of Hindutva, caste-based oppression, Islamophobia, and the persecution of minorities in India will be held throughout the conference.

“The conference aims to examine the beliefs and actions that constitute Hindutva, a political ideology that originated in the early twentieth century. Hindutva seeks to reduce the myriad practices of Hinduism to a singular notion of Hindu power in a putatively Hindu motherland. The conference will highlight the transnational and global implications of Hindutva, including its growing reach in the Indian diaspora,” the organizers who chose to remain anonymous said in a statement.

According to the organizers, scholars, journalists, and activists will examine the historical development of Hindutva, the fascist dimensions of the ideology, its alignment with other supremacist movements, and its stakes across a range of political, socio-cultural, and economic issues.

The conference, according to the statement will also examine histories of dissent against Hindutva. Dalit and Feminist traditions have long resisted the singular narrative of Hinduism adopted by Hindutva ideologues.
“This is a major international scholarly conference which has garnered support and sponsorship from many different university departments and academic units across the US with the participation of well-known intellectuals from both India and the US,” a statement released by the South Asia Scholar Activist Collective (SASAC) read.
Despite critsim from various Hindu groups, the conference kicked off on Friday, day one started with discussions around several topics such as Global Hindutva and the ideology behind Hindu nationalism, the political Economy of Hindutva, and Caste & Hindutva.