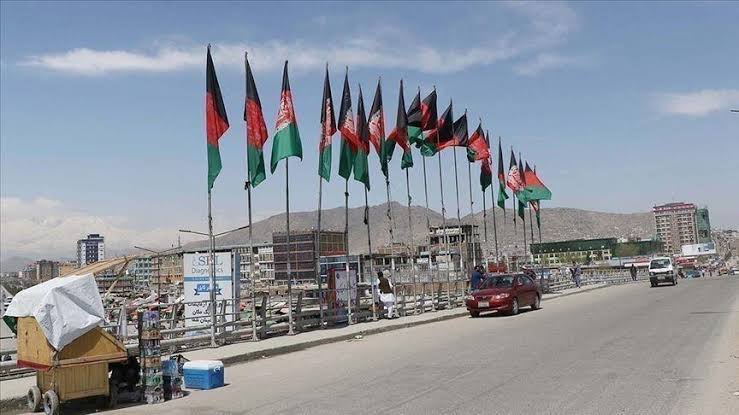 Following the US announcement that it would start withdrawing troops from Afghanistan, eyes turned to the situation of more than 5,000 soldiers in the country under the NATO-led Resolute Support Mission (RSM).

US President Joe Biden had announced that his country’s troops would start to withdraw from Afghanistan as of May 1. The withdrawal will be completed by the 20th anniversary of the Sept. 11, 2001 attacks.

After the announcement, eyes turned on the number of soldiers of NATO members and non-NATO countries in Afghanistan, and the general structure of the RSM.

On Oct. 7, 2001, the US launched Operation Enduring Freedom on grounds that Afghanistan was hiding Osama Bin Laden and other al-Qaeda leaders. More than 20 countries, including NATO members, supported the US during the 13-year operation in 2001-2014.

The International Security Support Force (ISAF), formed by NATO countries in 2003, was abolished after US President Barack Obama decided to withdraw most of the American troops from the country.

Immediately after, the RSM was established with a “Status of Forces Agreement” signed in Kabul on Sept. 30, 2014 and accepted by the Afghan parliament on Nov. 27, 2014.

The RSM consisting of 36 countries focused on training the Afghan army and providing assistance in operations against the Taliban. The RSM began operations on Jan. 1, 2015.

Supported by the UN Security Council Resolution 2189, the RSM aims to provide training, consultancy, and assistance to Afghan security forces and institutions.

The US, Italy, Turkey, and Germany have training, consultancy, and assistance commands under the RSM.

In this context, Turkey is located in Kabul, Germany in Mazar-i Sharif, the US in Kabul, Lagman, and Kandahar, and Italy in Kabul and Herat.

More than 5,000 troops of NATO are expected to withdraw from Afghanistan.

Until now, NATO members such as Germany, England, Italy, Spain, Belgium, and Hungary announced that they would withdraw from Afghanistan.

Turkey has 500 soldiers in Afghanistan as part of the RSM.

The US military said earlier this week that the process to fully withdraw all 2,500 troops from Afghanistan by Biden’s Sept. 11 deadline is 6% completed.

Amid stalled peace negotiations, Afghanistan has been witnessing intensifying violence since Biden announced on April 16 that American troops would be withdrawn later this year.

The Taliban ramped up its offensive against government forces following the start of intra-Afghan peace talks in September 2020 and has been blamed for a nationwide campaign of targeted killings that has left scores of Afghanistan’s civil society members, journalists, and medical professionals dead -AA

NATO is closer, more united than ever before: Biden