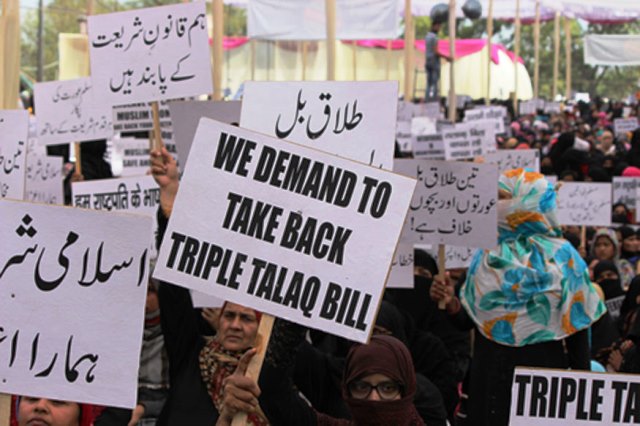 New Delhi: Over 650 citizens – Muslim and non-Muslim women, men and trans persons have condemned the Modi government’s decision to observe 1 August as ‘Muslim Women’s Rights Day’ to mark the anniversary of the Triple Talaq law.

In a statement, they rejected this ”cynical optics” of using Muslim women’s rights, in the face of an unprecedented onslaught against the rights of the Muslims in recent years under the present government. It voiced strong opposition to declaring 1 August as Muslim Women’s Rights Day, calling it the celebration of a law that is fundamentally anti-minority, anti-women, anti-constitutional, and seeks only to disparage the Muslim community.

”This, to celebrate its passage of its purportedly Anti-Triple Talaq law (Muslim Women (Protection of Rights on Marriage) Act, 2019), that claimed to protect Muslim women’s rights, but in reality, had a more sinister purpose – to show Muslim men their place in a new India – To tell them that they can be criminalized even in civil matters,” the statement said.

It added that no such law was needed to “protect Muslim women, or secure their rights” since the Supreme Court had already struck the Triple Talaq down.

”This government has diluted Muslims’ rights to citizenship by enacting the discriminatory Citizenship Amendment Act, 2019 (CAA). The very Muslim women, in whose name you have declared August 1 as a day of “their rights” invited their government, even begged their government, to talk to them when they were out on the streets, protesting the CAA-NPR-NRC, in a desperate bid to save their future, their children’s future, their family’s future, in their own country. You responded to those Muslim women with the utter contempt of silence. Without even the pretence of democratic dialogue,” the statement added.