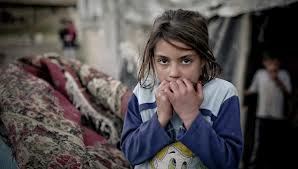 Beirut, Aug 5 : The number of Syrian refugees in Lebanon has exceeded 665,000, the UN refugee agency said.

The UN Higher Council for Refugees (UNHCR) said the number of the registered refugees was more than 554,000 while more than 111,000 were still waiting for registration, Xinhua reported.

It said 70 percent of the refugees were women and children.

Lebanon has frequently called on the UN and international donors to help it shoulder the heavy burden of hosting the Syrian refugees, who are expected to cross the threshold of one million by the end of the year.

UN Higher Commissioner for Refugees, Antonio Guterres, said in a report last month that refugees in Lebanon have surpassed 25 percent of its own population and are inflicting a huge burden on the state and people of Lebanon.—IANS.