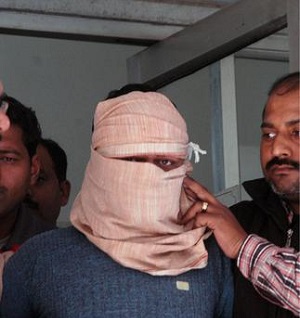 Batla House fake encounter took place on 19th September, 2008. Allegedly, two terrorists, one of them just a teenager out of his village to Delhi for the first time were killed and one injured Police Inspector, who climbed down four flight of stairs on his own feet, succumbed to his injuries on way to hospital in rather mysterious circumstances.

Twelve years on the case still lingers in courts. Questions were raised on this infamous encounter, in particular, repeated skull shots found on the deceased boys, which can never happen in an encounter. Jamia Millia University Teachers’ solidarity group published a report ‘Encounter’ at Batla House: Unanswered Questions. L-18 Batla house was more like a ‘Sarai(Inn)’ where students coming out to Delhi for better education opportunities got shelter.

Out of incarcerating students, one Zeeshan Ahmad was not even present in L-18 at the time of incident. He, being a student of The Indian Institute of Planning and Management (IIPM), was taking up an examination. Zeeshan’s father, a commerce teacher, has pinned his hopes to Zeehsan’s future career and hence went out of his way to get him admitted in IIPM by using his reserve PF money.

When Zeeshan came to know of the happenings at L-18, he called his father who advised him to go to a news channel and tell all the facts. However, Zeeshan found himself arrested from that news channel office and later in police custody confessed of planting of bombs in Delhi.

Indian Mujahideen as well as Deccan Mujahideen were once catchy names used to arrest and prosecute Muslim youths, in particular, those moving out to big cities in pursuit of higher education. It has been observed that Muslim youths are incarcerated on one or the other pretext. When ultimately, they are exonerated from courts for want of substantial proof, they found themselves uprooted from the social melee in addition to losing prime of their youth in jail.

Our judiciary does tend to mete out justice but often the purpose of this justice is not served due to inordinate delay. As the saying goes “Justice delayed is Justice denied”. Our courts never take into cognizance the faulty investigation, deliberately misleading arguments etc. Investigating officers or agencies are never brought to book for ruining human lives. ‘Innocent till proven guilty’ has actually been reversed ‘Guilty till proven innocent’ by media propaganda.

Our justice system should play an impartial role deciding criminal acts not on the basis of religious association of alleged persons but purely on the gravity of the crime. Now-a-days news reports are so communally charged that it is almost impossible to sift out the truth. Our democracy is flawed in the sense that it caters to vote catching methodology. Winning elections is the only criterion irrespective of the means adopted. Hence, ways to polarize society is on the rise. Of course, one can win elections in this way but this will prove detrimental to the health of a pluralistic society, like ours.

On 9th Anniversary of the Batla House ‘Encounter’, Here’s The Case So Far