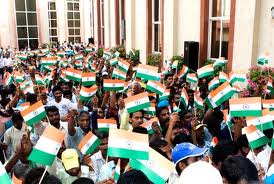 Dubai, Aug 2 : An organisation of overseas Keralites in Saudi Arabia has retracted a statement it had made alleging that people from Kerala are subjected to unfair trials in that country.

The Federation of Kerala Associations in Saudi Arabia (FOKASA)that has issued a clarification after reports in newspapers that it has said that expatriate Keralites in Saudi Arabia were detained and sent to jail without a fair trial, the Arab News reported.

The Indian embassy has dubbed FOKASA as an illegal organisation for issuing statements against the Saudi judicial system and for making allegations that the embassy was not effectively utilising the Indian Community Welfare Fund (ICWF).

A petition had been filed in the Kerala High Court in India on behalf of FOKASA which sought that a directive be issued to India’s Ministry of Overseas Indian Affairs that Indian nationals in Saudi Arabia be provided with legal assistance.

“The majority of Indian citizens who are held in jails and detention centres in Saudi Arabia are not in a position to hire a lawyer. Consequently, they are convicted without a fair trial and even without knowledge of the charge details against them,” the petition had stated.

FOKASA claims it was speaking on behalf of all Indian expatriates in that Gulf nation and not just Malayalis.

“By filing a petition at the High Court of Kerala, the petitioners are exercising the remedies guaranteed under the Indian Constitution,” the FOKASA said in a statement, while saying that the Indian embassy was trying to tarnish its image.

The organisation also said that it would file an interim petition in the court against the embassy statement that termed FOKASA as an illegal organisation and other newspaper reports over this issue and seek swift action.—IANS.