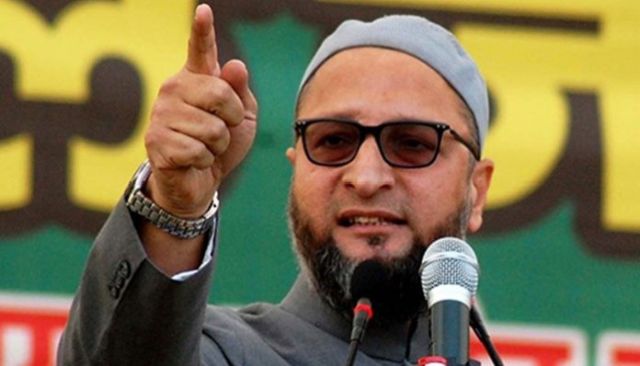 Hyderabad : MIM chief Asaduddin Owaisi on Tuesday challenged the central government to stop the financial assistance and subsidy given to Hindu pilgrims in different parts of the country.

Reacting to the government’s move lifting Haj subsidy, the MP said the BJP, the RSS and others were raising a hue and cry over just Rs 200 crore and terming this as appeasement of minorities while hundreds of crores of rupees were being provided for pilgrimage and religious events in various states.

Owaisi said the Haj subsidy anyway would have been phased out by 2022 as per the order of the Supreme Court and hence there was no need for the Narendra Modi government to create a hype over this.

The Hyderabad Member of Parliament asked if the Bharatiya Janata Party governments at the Centre and in the states would phase out other subsidies as well.

“I am asking the BJP, the Prime Minister and the RSS if Haj subsidy was appeasement, then what was Rs 1,150 crore allotted in 2014 for the Kumbh mela, Rs 100 crore given by the Modi government last year to Madhya Pradesh government for Simhastha maha kumbh and Rs 3,400 crore spent by Madhya Pradesh for the same.”

He said the Adityanath Yogi government in Uttar Pradesh provided Rs 800 crore for pilgrimage to Kashi, Ayodhya and other places under rejuvenation and spirituality augmentation programme.

Owaisi also challenged the Uttar Pradesh government to end Rs 1.5 lakh subsidy being given to pilgrims for Mansarovar Yatra.

“The Congress government in Karnataka is also giving Rs 20,000 to each person who undertakes pilgrimage to Char Dham. Is this not appeasement of majority,” he asked

In Gujarat, the state government for last many years has been giving money to Hindu priests. “Is this not appeasement and vote bank politics,” he asked.

“Why did the Haryana government give Rs 1 crore to Dera Sacha Sauda. Was it for electoral appeasement?”

Stating that he had been demanding eliminating Haj subsidy since 2006, Owaisi said this money should be spent on scholarship for students of Muslim minorities, especially girls.