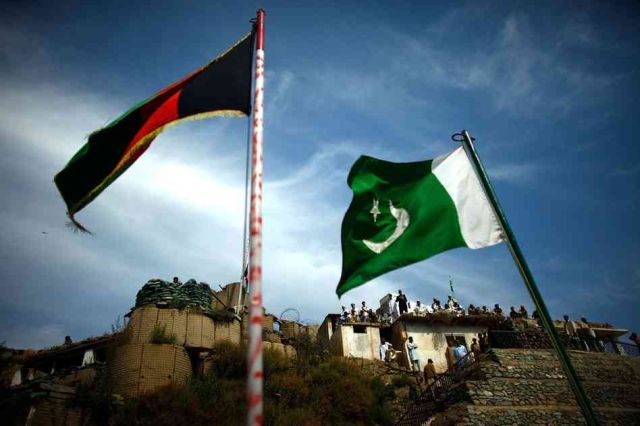 President Donald Trump’s policy responses to the new global terror that arose out of a faith-based motivation range from an unequivocal denunciation of the countries that provided safe havens to Islamic radicals to an announcement of withdrawal of American troops from the two theatres of ‘war on terror’- Afghanistan and Syria. His decision on ending the deployment of US soldiers there is significantly rooted in his intrinsic aversion to the idea of US playing ‘the policeman of the world’ when others were not doing their bit – the businessman in him apparently getting the better of a supposed world statesman. Also, the US President was somewhere feeling the ‘comfort of distance’ and therefore seeking even some patchwork solution of a decidedly messy situation in Afghanistan so long as it reduced the threat of an attack from Islamic extremists on American soil.

It is ironic that Pakistan, criticised by the entire democratic world for harbouring terrorists on its soil and even reprimanded by Trump by way of the suspension of aid given to it earlier as an ally in the ‘war on terror’, is now likely to emerge as the biggest beneficiary of the US policy on Afghanistan. A half-baked truce struck by the US with the Taliban – in its impatience to see a phased withdrawal of American soldiers in Afghanistan in quick time – would be relished by the Pak army which had an intrinsic bonhomie with the radical outfit dating back to the victory of Afghan Jehad against the Soviet occupation. A Taliban-friendly dispensation in Afghanistan would tend to bring in Pakistan there and shut out India from its affairs.

A new situation is developing in Afghanistan posing an added strategic challenge for India. President Trump has no reason to remain stuck with the geo- politics of the Cold War- he already views Russia as a country at par with the European nations and regards China not so much as an ideological adversary as an economic rival. Although he had a visceral dislike of Islamic extremism- he ended the artificial divide between ‘good terrorists’ and ‘bad terrorists’ in relation to the groups active within Pakistan- he has changed the contours of the ‘war on terror’ by emphasising on the obligation of the Islamic countries – particularly members of the OIC chaired by Saudi Arabia- to come forth to counter radicalism for their own future interest, calling upon other countries having stakes in a peaceful Afghanistan to share the military burden in that troubled territory and gravitating towards a workable agreement between Taliban and the Ashraf Ghani government in Afghanistan for return of peace howsoever temporary.

The main point of assurance that the US Special Envoy for Afghan peace talks, Zalmay Khalizad, has sought from the Taliban leadership during the six-day long parleys at Doha in January is that no attack will be made on US targets. The Taliban has sensed an advantage in pursuing its prime objective of getting the US troops to leave Afghanistan in return for some kind of a cease-fire being announced by the former. The Taliban, which had an unalienable axis with Al-Qaeda, is now being acknowledged by the US in these talks as a rightful shareholder in Afghan ruling dispensation notwithstanding the history of its Emirate that had run the country from 1996 till 2001 with a brutal show of Islamic revivalism and gross fundamentalism.

The call of an ‘Afghan-led and Afghan-owned’ peace negotiation that India has actively supported is just a slogan yet as the Taliban leadership is being recalcitrant against the idea of talking to the Ashraf Ghani government and is merely aiming at securing withdrawal of US troops from Afghanistan without having to surrender its own arms. Pakistan is not on best of terms with Ashraf Ghani and is candescently watching the American moves to tackle Taliban- confident that the latter’s presence in Afghan mainstream would only help Pakistan. Pak army has tried to project itself as a helpful mediator between US and Taliban. Both Russia and China have kept Pakistan on the round table on Afghanistan for their own reasons of keeping their periphery protected from Islamic militancy with the cooperation of Pakistan. All of this adds to the prospect of Pakistan ending up having a sway in Afghanistan to the great disadvantage of India – and India alone. So long as US presence was there in Afghanistan the process of reconstruction of the Afghan National Defence & Security Forces(ANDSF) could go on and India’s contribution to the development of that country also remain unhindered. Ashraf Ghani has his writ running only in half of his country and it is doubtful if the involvement of the Taliban in the government would work to his or India’s advantage. The Pak-Afghan belt is destined to become a cause of deeper concern for us in the time to come.

The ‘war on terror’ is fizzling out because the two presumptions on which it was launched following 9/11 failed more or less completely – the expectation that the ‘moderates’ in the Muslim world will combat the radicals at home and that the US funding would help to advance the cause of democracy there. Pakistan, the ‘frontline’ ally of the US in the ‘war on terror’, is a stark illustration of this failure with Prime Minister Imran Khan finally making it public that Pakistan committed a mistake in fighting ‘the American war’. As a stalemate sets in both in Syria and Afghanistan, Pakistan feels even more free to step up its proxy war against India.

The Pakistan army looks at the Islamic elements of all hues as its strategic assets. This is clearly in evidence in the escalation of cross-border terrorism in Kashmir and the new moves Pakistan is making to get the separatists in the Valley to back gun-wielding terrorists and stonepelters who were targeting security forces. The Pakistan Inter Services Intelligence (ISI) is also reaching out to the Khalistani elements operating outside of India to revive an anti-India movement. It is no surprise that Pakistan is trying to fish in the troubled waters of India’s domestic politics in the run-up to the General Election here. Internal security concerns of India are likely to aggravate because of the attempts of Pak ISI to spread radicalisation and create more sleeper cells of Islamic terror in different parts of the country. Pakistan may remain a major challenge for India’s security strategy in the months ahead.

(The writer is a former Director Intelligence Bureau)