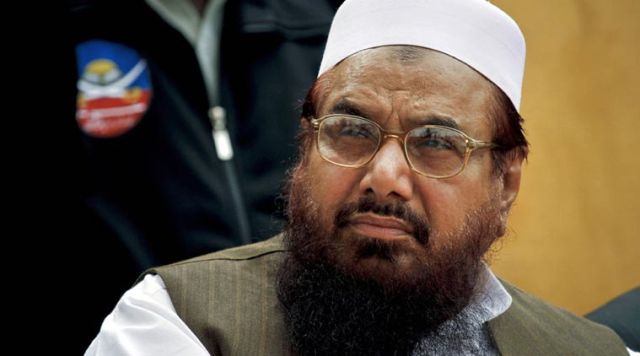 Islamabad : Pakistan’s Interior Ministry has opposed the registration of Jamaat-ud-Dawa (JuD) chief Hafiz Saeed’s Milli Muslim League (MML) as a political party with the Election Commission by terming it as an “offshoot of proscribed entities”.

The Ministry’s opposition came after a security agency’s report expressing apprehension that the registration of MML as a political party “would breed violence and extremism in politics”, Dawn online reported on Saturday.

The by-election was held after the Supreme Court’s disqualification of Nawaz Sharif as Prime Minister in the so-called Panama Papers scandal.

The Interior Ministry called MML an offshoot of the banned Lashkar-e-Taiba (LeT) and JuD. The Election Commission had sought a clarification of the position of MML from the Interior Ministry with regard to Section 3(4) of Political Parties Order (PPO) 2002.

As per the PPO, organisations which undermine the integrity of Pakistan, promote sectarian, regional or provincial hatred, bear a name as a militant group and impart any military or paramilitary training to its members, do not qualify for registration as political party.

The Ministry processed the MML’s case as per procedure and requested the security agencies for report in the matter.

The security agency said that “it is difficult to believe that MML will tread its own path, completely at variance with its mother (LeT and JuD) organisations” and recommended “such groups be avoided”.

The Interior Ministry also cited the response of the Foreign Affairs Ministry against MML’s registration in view of international obligations.

MML had challenged the Election Commission’s order of October 11 declining its registration as a political party due to the alleged interference of Interior Ministry.

The JuD floated the MML in August this year to mark its entry into politics, promising to make Pakistan “a real Islamic and welfare state”.

The US had expressed concern earlier this week over the alleged mastermind of 2008 Mumbai terror attack Saeed running for office in Pakistan’s 2018 general elections.