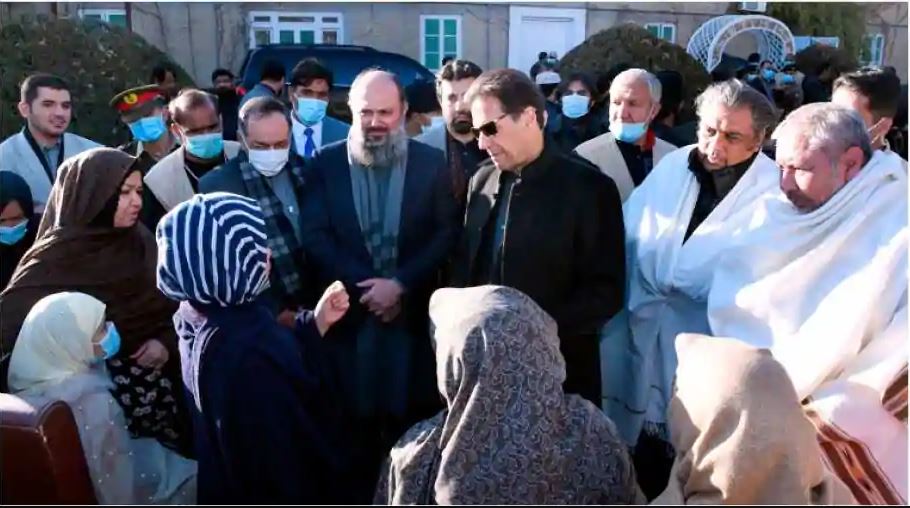 Quetta: Pakistan Prime Minister Imran Khan visited Quetta where he met the families of the 11 coal miners who were killed by armed men in Balochistan’s Machh area on January 3, the media reported on Sunday.

In a video released by Khan’s office on Saturday, the Prime Minister can be seen interacting with the families, as well as other members of the Hazara minority community , Dawn news reported.

Speaking to the families, the premier said that he had visited the community in the past and was well aware of the issues being faced by them.

“I know that people were afraid of going to your imambargahs when the ‘war on terror’ was at its peak in Pakistan. I came to meet you then as well.”

Khan said that when he was first informed of the killings, he sent Interior Minister Sheikh Rashid to meet with the bereaved to assure them of backing by the federal government.

“We have a whole programme prepared and a security forces cell is being made which will look at providing you (Hazaras) with protection and pursuing those responsible (for the attack),” Dawn news quoted the Prime Minister as further saying.

The premier’s visit came hours after the miners were buried at the city’s Hazara Town cemetery following the end of a week-long protest by the Hazara community against the killings.

On January 11, the 11 coal miners were kidnapped and killed by unidentified armed men in Machh, an area under serious security threat.

According to the police, the attackers abducted the miners and took them to the nearby hills where they were fired at and seriously injured.

The attack has been claimed by the Islamic State terror group.