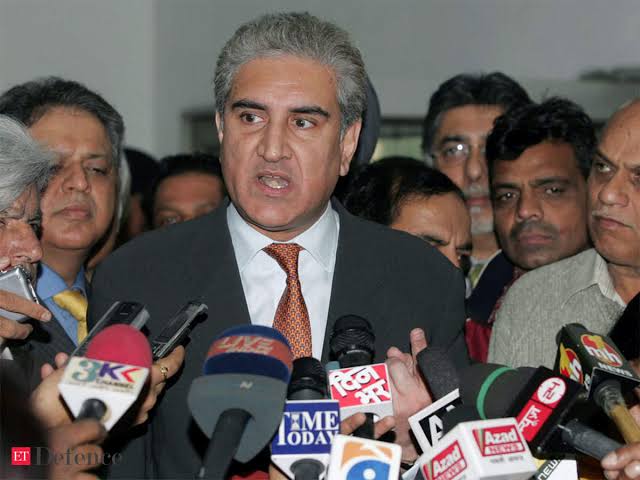 ISLAMABAD — Pakistan Foreign Minister Shah Mahmood Qureshi has said that the country would be happy to hold talks on all the differences with India and seek their resolution through dialogue if the latter shows its willingness to revisit its unilateral decisions taken on August 5, 2019, which resulted in the abrogation of Articles 370 and 35-A of the Indian Constitution that granted special status to the erstwhile state of J&K.

Qureshi said this during an interview with the Turkish news agency Anadolu during his two-day visit to the country.

“If India is willing to revisit some of the decisions that it took on August 5, 2019, Pakistan will be more than happy to engage, sit and talk and resolve all the outstanding issues,” the Pakistan Foreign Minister said.

“India’s unilateral actions of August 5, 2019 were against international law and UN Security Council resolutions,” he added.

Qureshi went on to say that there are many pending issues between India and Pakistan, including Kashmir, Siachen, Sir Creek, water and other matters, adding that the only workable and sensible way forward is through dialogue.

Qureshi also said the option of war would not be beneficial for either side and would be suicidal for both the neighbours.

“We cannot afford to go to war, you know, it will be mutually suicidal. And no sensible person will advocate a policy of that nature. So we need to sit and we need to talk,” he said.

Referring to the recent developments that have led to the ceasefire along the Line of Control (LoC) through engagements between the Director General of Military Operations from both sides, Qureshi said that it was a positive development.

Qureshi revealed that it was the Indian leadership that showed interest in engaging through backdoor channels to de-escalate tensions along the borders.

“So, when the Indian leaders expressed an interest in recommitment, we welcomed it. Kashmiris welcomed it. And that has, in my view, lowered tensions and has gone well on both sides. Sensible elements on this side and on that side have welcomed this new development,” he said.

However, Qureshi also said that it is too early to make a value judgment on the positive developments, including the gesture of Indian Prime Minister Narendra Modi of writing to Pakistan premier Imran

“There is some thought, but it is too early to make a value judgment on that,” he said. — IANS