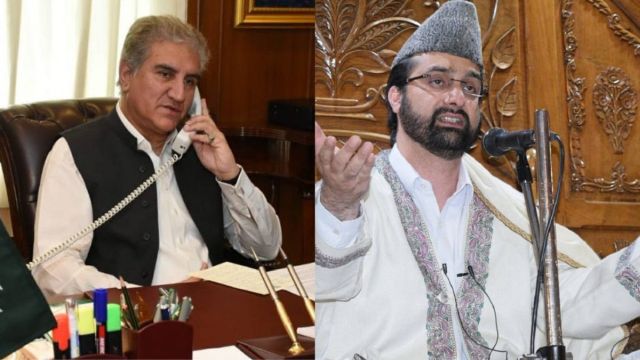 The row started after Qureshi called Farooq on Tuesday and spoke about Islamabad’s efforts to “highlight” the human rights situation in Jammu and Kashmir internationally.

In reaction, India told Pakistan on Wednesday to lay off on the issue of Jammu and Kashmir and Foreign Secretary Vijay Gokhale summoned Pakistan High Commissioner Sohail Mahmood.

Gokhale condemned in “the strongest terms this latest brazen attempt by Pakistan to subvert India’s unity and to violate our sovereignty and territorial integrity, by none other than the Pakistan Foreign Minister”.

Pakistan’s Foreign Office, however, dismissed India’s objection in a statement, saying: “Kashmir is an unresolved issue between Pakistan and India and acknowledged as such through UN Security Council resolutions, including the Simla Agreement and the Lahore Declaration.

“We also categorically reject any insinuation that seeks to project as ‘terrorism’ the legitimate struggle of the Kashmiri people for self-determination. This is an outright travesty.

“Pakistan will maintain its support and solidarity till the time the Kashmir dispute is resolved peacefully, in accordance with the UN Security Council resolutions and the wishes of the people of the occupied valley,” it added.

Mirwaiz Umar Farooq has also justified the telephone call, asking why was New Delhi so upset.