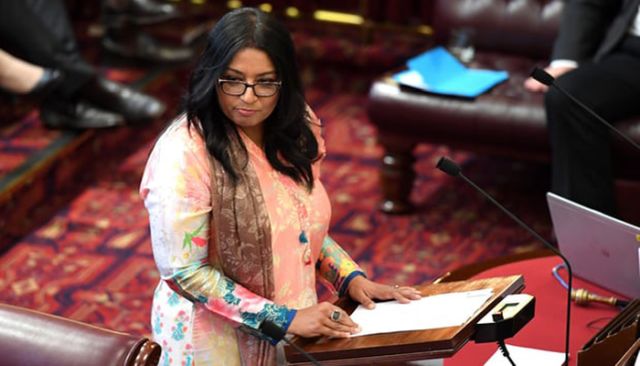 Canberra : Pakistani-origin Mehreen Faruqi, of the Australian Green Party, on Monday became the first Muslim woman to occupy a seat in the country’s Senate.

“After last week particularly, it is really good to have you here,” Labor Party leader Penny Wong said in the Senate, referring to remarks by Anning, who also called for a plebiscite on immigration.

Farqui migrated to Australia from Pakistan in 1992 and represented the Green Party in the New South Wales Legislative Council since 2013.

She replaces Lee Rhiannon from the Green Party, WHO announced her retirement in May.