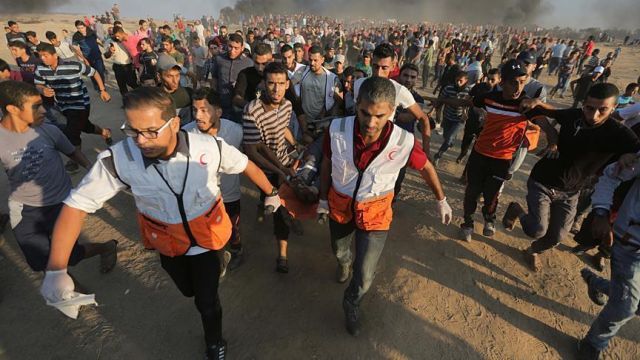 Nablus, Palestine: At least one Palestinian was injured on Friday by Israeli army gunfire in the West Bank village of Urif south of Nablus, according to local sources.

“A man was struck in the back by a bullet when the Israeli army used live ammunition to disperse Palestinian protesters in Urif,” a local medical source told Anadolu Agency without providing the name of the injured man.

Dozens of other Palestinians, the same source added, had suffered the effects of excessive teargas.

According to witnesses, Palestinians had been staging a demonstration against Israeli government plans to seize Palestinian land in the area to expand a nearby Jewish settlement.

The Palestinian village of Urif is reportedly the target of frequent attacks by extremist Jews from the nearby Yitzhar settlement.

International law views the West Bank as “occupied territory” and considers all Jewish settlement construction there to be illegal.