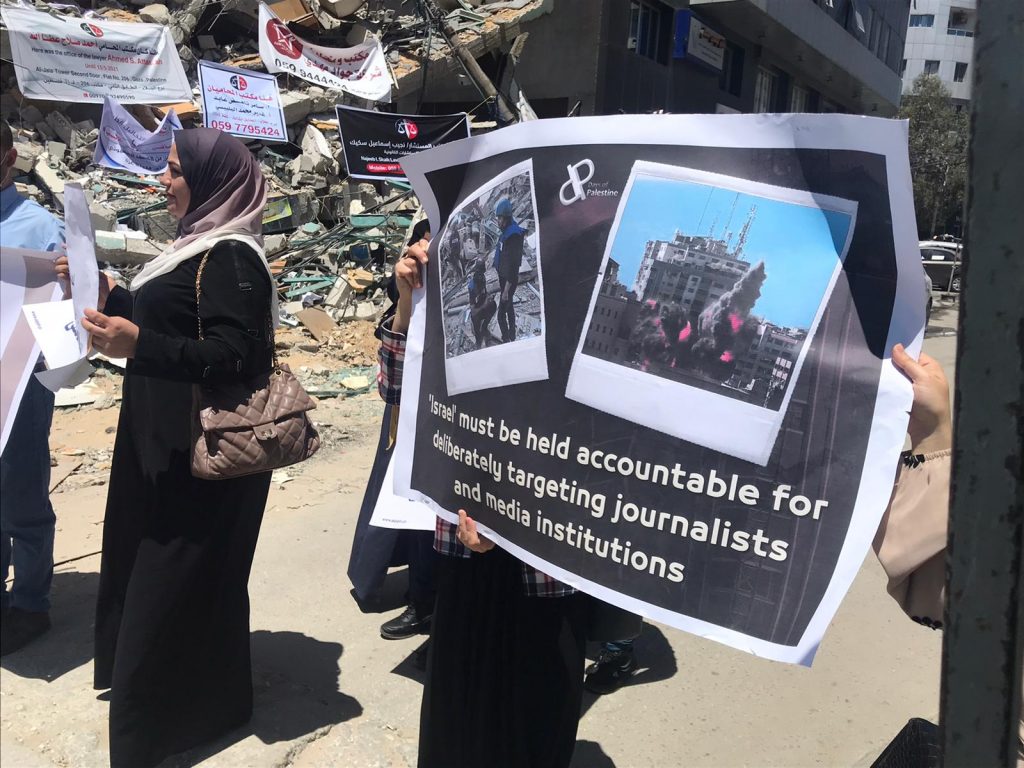 In a statement, the Forum said that the Israeli occupation has revealed its criminal face through its deliberate targeting of the Palestinian media and its components thereby violating all international and humanitarian laws and conventions. These universal laws stipulate the protection of journalists during armed conflict.

The Forum called upon the International Federation of Journalists and the Arab Journalist Association and Reporters Without Borders and all rights institutions to shoulder their responsibility toward the Palestinian journalists and to stop the Israeli encroachment upon media offices.

The Forum underlined that on May 19 during its “barbaric” attack on the Gaza Strip, the Israeli occupation forces killed our journalist colleague Yusuf Abu Hussein who was a broadcaster at Al-Aqsa radio station by shelling his home. They also killed the reporter for Dunya Alwattan news agency Abdulhamid Alkolak on May 16 in the same way. Ten other journalists and reporters were wounded as they covered news of the Israeli aggression.

The Forum insisted that Israel also committed crimes that amount to war crimes under international laws. They targeted and destroyed 32 local and international media institutions including the Palestinian Journalists Forum, Associated Press, and Aljazeera channel all in a desperate attempt to silence reporters and prevent them from carrying out their professional duty to expose the Israeli occupation crimes including their intentional targeting of civilians in the Gaza Strip and obliterating the Palestinian narrative which has reached global horizons through its credibility.

The Forum reiterated that the time has come to put all int’l laws, customs and conventions into practice.

“We in the Palestinian Journalists Forum reiterate that the time has come to put all int’l laws, customs and conventions into practice. We stress the need to protect journalists and freedom of the media on the ground”.

The Forum also called upon them to pursue and prosecute the Israeli war criminals involved in killing journalists and destroying their headquarters . 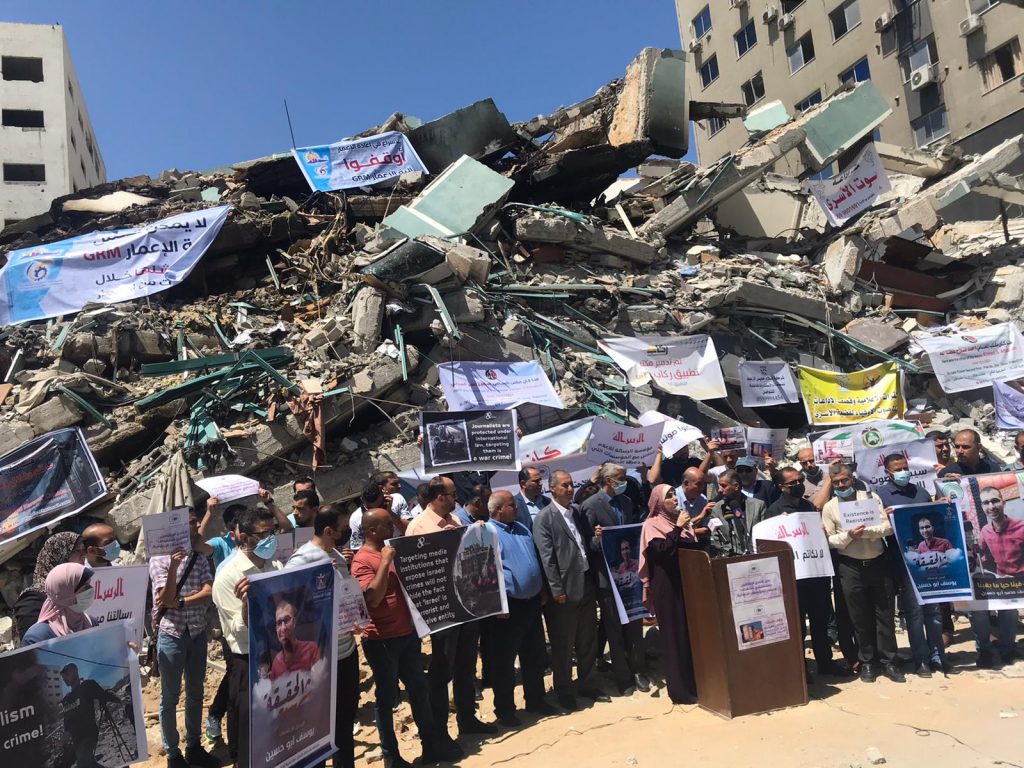 Remaining silent on the Israeli occupation crimes which have surpassed all reason and logic means being complicit and encouraging the occupation to keep committing more crimes and violations against journalists and media institutions.

The Forum condemned in the strongest terms the deliberate targeting of Palestinian journalists and their institutions.