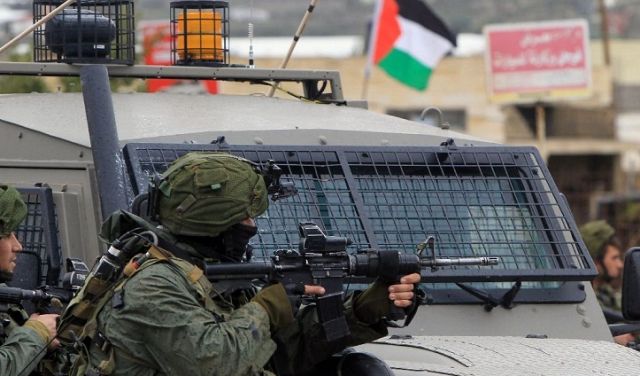 Jerusalem : A Palestinian man was shot dead by Israeli soldiers on Saturday in the occupied West Bank city of Hebron, with the Israeli Army alleging that the man tried to deliberately ram his vehicle into a group of soldiers.

Rami Wahid Sabarneh, 36, was killed while driving a skid loader in the Old City of Hebron near the holy site known to Muslims as the Ibrahimi Mosque and to Jews as the Tomb of the Patriarchs, Efe news reported.

“A terrorist attempted to run over troops located at the site with his vehicle. In response, the troops fired towards the terrorist, killing him,” the Israeli Army said on Twitter, adding that no soldiers were wounded.

However, a Palestinian activist in Hebron, Aref Jaber, claimed Sabarneh was not attempting to ram the Israeli soldiers when he was killed.

The activist said Sabarneh had been unable to hear the soldiers’ commands due to the loud noise of his skid loader, a vehicle similar to a small tractor with a front-mounted bucket.

Hebron is the largest Palestinian city in the West Bank, where some 200,000 Palestinians live along with 800 Jewish settlers protected by Israeli security forces.

Though 80 per cent of the Hebron jurisdiction is under the control of the Palestinian Authority, Israel maintains a military presence to protect Jewish settlements in the city’s old quarter.

Tensions have increased in the West Bank and occupied East Jerusalem both before and after the US embassy’s move from Tel Aviv to Jerusalem on May 14, which sparked protests that left several Palestinians dead and hundreds injured.