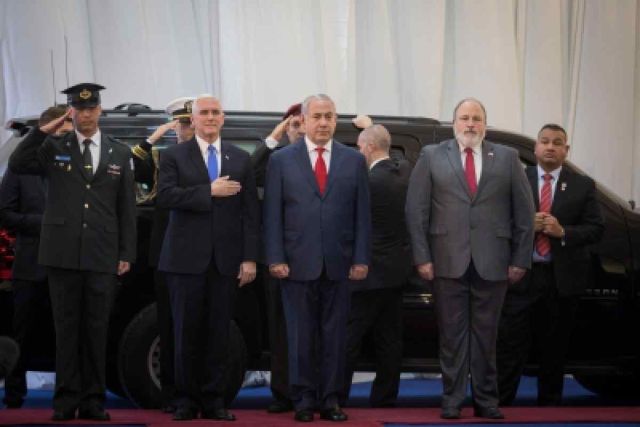 Gaza : The Palestinians on Monday slammed the speech of the US Vice President Mike Pence he addressed the Knesset, Israel’s parliament, in which he expressed his country’s commitment to recognise Jerusalem as the capital of Israel.

Pence’s speech “is a gift to the extremists and proves that the American administration is part of the problem rather than the solution,” Xinhua quoted Saeb Erekat, Secretary General of the Executive Committee of Palestine Liberation Organization (PLO), as saying.

Pence addressed the Knesset, Israel’s parliament, on Monday, giving a strong pro-Israeli speech and promising the controversial relocation of the US embassy from Tel Aviv to Jerusalem would be completed in less than two years.

Pence’s visit to Israel came amidst heightened tensions in the wake of US President Donald Trump’s statement on December 6, which said that US recognises Jerusalem as the capital of Israel and will move its embassy from Tel Aviv to Jerusalem.

The announcement was denounced by the Palestinians and other countries.

The Palestinian Follow-up Committee for the National and Islamic Forces in the Gaza Strip said Pence’s visit to Israel “is a reflection of the American bias towards the Israeli occupation and its racist policies.”

It warned that the policies of the US administration “will push the region towards explosion and end any possibility for peace and stability in the Holy Land and the world at large.”

Deputy Speaker of the Palestinian Legislative Council, who is also a senior Hamas leader, Ahmed Bahr, said Pence’s visit to Israel is not welcomed.