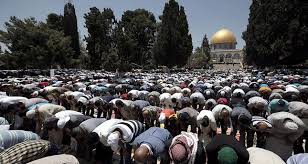 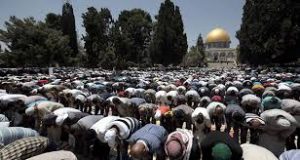 New Delhi : As per the census released by the Palestinian Central Bureau last week Palestinians will outnumber Israeli Jews in Palestine by 2020.

The startling figures were released as the year 2015 came to an end. It estimated that by the close of 2015, the total number of Palestinian people in “historic Palestine” which denotes East Jerusalam,the Gaza Strip, the occupied West Bank and Israel was around 6.22 milion,in comparison to 6.32 million Jews. The survey by Census Bureau included not only historic Palestine but Palestinian Diaspora also.

It is estimated that majority of Palestinians living outside are the descendents of approximately 750,000 Palestinians expelled when the state of Israel was created in 1948 many of whom are still living in refugee camps in many Arab countries.

It may be recalled here that Palestinian Authorities have often complained that recognising the concept of Israel as a Jewish State threatens the rights of nearly 1.5 million Palestinian citizens living inside Israel.

A last month poll conducted last month suggested that 65 percent of Palestinian people believed that two state solution was not feasible due to Israeli settlement plan.

Meanwhile, Israeli policy in the occupied Palestinian territory has made an independent Palestinian state nearly impossible.