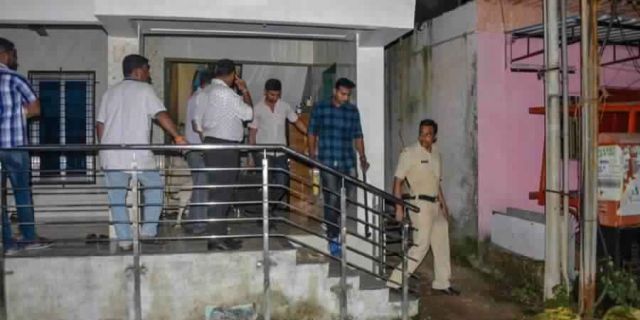 Mumbai : The Maharashtra Anti-Terrorism Squad (ATSS) on Wednesday made shocking revelations of the alleged role of various Hindu organisations in the Palghar arms haul case of August this year and the subsequent unveiling of a terror plot targeting several cities and rationalists in the state.

Following investigations, the ATS had nabbed two persons from Nalasopara (Palghar) and one from Pune who were planning to carry out terror acts in Mumbai and the upcoming Sunburn music festival scheduled in Pune.

The three revealed the involvement of a dozen others in the conspiracy of whom nine who have been arrested, and three are still absconding, said an ATS official.

“During investigation, it was revealed that the members of the terrorist gang are also members of organisations such as ‘Sanathan Sanstha’, ‘Hindu Janjagruti’ and other similar smaller organisations,” said the ATS, in a detailed chargesheet filed before the Special NIA Court in Mumbai on Wednesday.

The ATS said the three had formed a terror gang, stored the explosive material, made and stored the bombs when they were arrested.

From the seized diaries, details of terror training camps, the planning for terrorist acts to be executed and the connected conspiracy in coded languages were revealed which the accused helped decipher.

The accused had also stopped using their personal mobile phones during execution of a conspiracy and instead used separate handsets with SIM cards registered in different names.

Besides, two motor cars and five motorcycles and parts of a dismantled motor cycle were seized from Pune, Nalasopara, Satara, Kolhapur and Beed and locations where the terrorist gang arranged their training.

The ATS said the accused were inspired to make efforts for establishing a “so-called Hindu Rashtra”, as explained in the book ‘Kshatra Dharma Sadhana’, published by Sanatan Sanstha. They had conspired to form a terrorist gang of youths with similar mindset, which work towards undermining unity, integrity, security and sovereignty of the country.”

For achieving this, the gang planned to use the weapons and explosives to target individuals who speak, write or perform against the Hindu religion, its traditions and customs besides targeting similar programmes to terrorise the minds of the common people.

The ATS revealed that the terror gang planned to attack the international ‘Sunburn’ festival in Pune this month using the bomb and firearms to “send a strong message to the followers of Western music and Western culture and terrorise those attending it.”

The gang had recceed and was completely prepared to undertake the attack on the music festival, but abandoned it after one of the accused informed his associates that he had possibly been captured in one of the CCTV cameras installed at the programme venue.

The terror gangs also had recceed at least three rationalists, speakers and litterateurs who targeted the Hindu religion and its traditions and customs, but their names have not been revealed.

UP ATS arrests another aide to Maulana Kaleem Siddiqui from Amroha