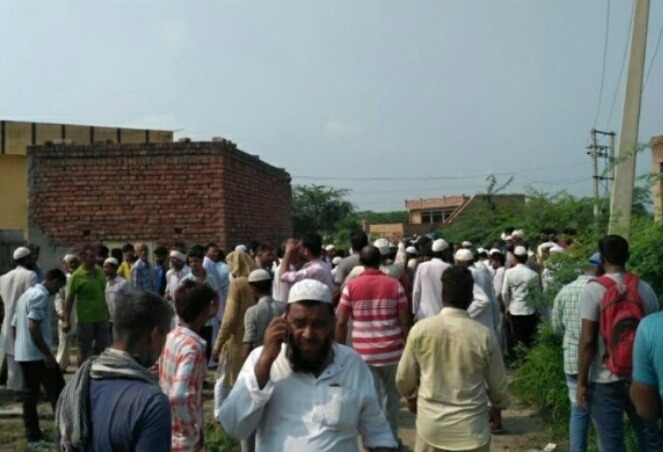 A partially blind young Imam,25, and his disabled wife have been brutally murdered in Gunwar village of District Sonipat in Haryana.

Severely brutalised bodies of the couple were found in the Hujra [a residential room reserved for the imam] of the mosque in the morning. There are rumours that efforts are being made to cover up the deaths as accidental.

According to reports few days ago intense arguments had arisen between Muslims and non-Muslims over the wall of the mosque during which youths belonging to Harijan community had allegedly threatened the Imam with dire consequences.

This should be kept in mind that about a year ago an elderly Motakif [a person who spends the last ten days of Ramadan in the mosque] was also murdered inside the mosque. However, it would be too early to make further comments in this regard.

Since for the last few days some Muslim leaders have been trying to give an impression that Mohan Bhagwat and Sri Sri Ravi Shankar both are peace loving gentlemen and want to establish communal harmony in the country, let’s see if these two gentlemen will come out, condemn mob lynchings and Islamophobc killings like these. Let them prove that they really believe in peace and communal harmony otherwise all these high-level meetings between leaders will serve no purpose but will be share of waste of time.