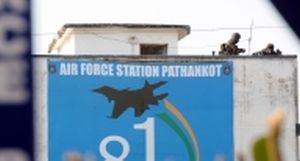 Lahore, Feb 1 : A Pakistani team investigating the terror attack on the Indian Air Force base in Punjab’s Pathankot town has asked Islamabad to seek more evidence from India, saying there had been “no headway” so far in the probe, a media report said on Monday.

“The team has almost completed its investigation into five cellphone numbers, allegedly used for making calls from Pakistan to India, provided by the Indian government. No further leads were found from these numbers because they were un-registered and had fake identities,” Dawn quoted a source as saying.

“The probe is not heading further. The team needs more evidence. Therefore, it has written to the government to speak to India and apprise it of the situation and demand more evidence to move forward in investigation here,” he said.

Six terrorists of the outlawed Jaish-e-Mohammad stormed the Indian Air Force base in Indian Punjab’s Pathankot town, killing seven security personnel. All the six terrorists were also killed by the security forces.

Prime Minister Nawaz Sharif had formed the six-member investigation team headed by the additional inspector general of Punjab’s counter terrorism department (CTD) in the second week of January to look into Indian government’s allegations that the JeM was behind the Pathankot attack.

The prime minister told reporters here on Saturday that the investigation was under way and its findings would be made public. “Whatever facts come out we will bring them forth before everyone,” he said, adding that Pakistan would go to “any length” to uncover the alleged use of its soil in the Pathankot attack.

“It is our responsibility to uncover if our soil was used in the attack. We will do this and the ongoing investigation will be completed soon,” he said.—IANS