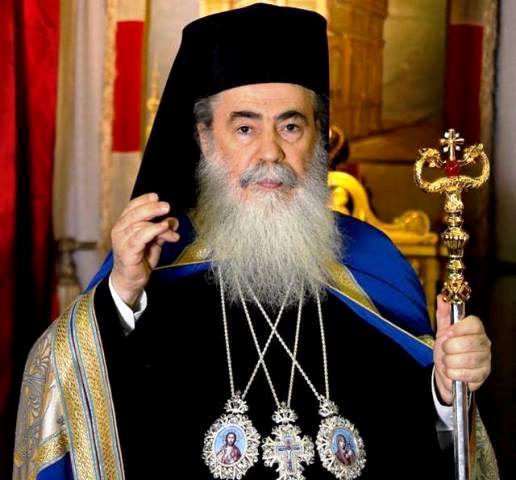 Greek Orthodox Patriarch of Jerusalem, Theophilos III, Chairman of the Council of Heads of Churches of the Holy Land, has condemned the sequence of events, which starts with the French insults against Islam and the Prophet Muhammad.

In a statement, the Patriarch said he was observing with great concern the state of polarization resulting from the course of affairs in France.

He underlined his condemnation of insulting the Islamic faith with the same vigor of condemnation as he would if the insult afflicted any of the other monotheistic religions.

Theophilos III also condemned all acts of violence that target those who have different opinions or religious beliefs, calling for civilized dialogue to be the only method of interaction to reduce intellectual and ideological gaps between different religions and ideologies.

On Oct. 2, French President Emmanuel Macron announced a controversial plan to tackle what he calls “Islamic separatism” in France, claiming that the faith of Islam is in “crisis” all over the world and promising to “free Islam in France from foreign influences”.

Last week, Macron defended blasphemous cartoons of the Prophet Muhammad, saying France would “not give up our cartoons” after the brutal murder of high school teacher Samuel Paty, who showed provocative caricatures in a class.

At least 73 mosques, private schools, and workplaces in France, a country that has the largest Muslim minority in Western Europe with around 5 million, have been shut down so far this year, according to the French Interior Ministry.