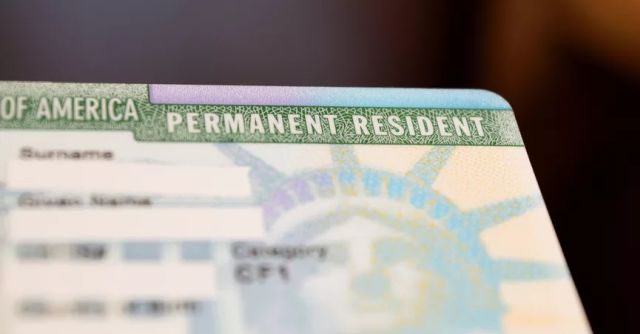 Washington : The Pentagon will begin sending a backlog of thousands of green-card holders to recruit training, suspending a policy adopted by President Donald Trump’s administration that required more-stringent background checks for some immigrants wanting to serve.

The policy called for green-card holders to submit to and complete a full background check and respond to any concerns before they could go to boot camp which was in addition to standard requirements for green-card applicants, such as biometrics screening, reports The Washington Post.

The change put thousands of people in limbo, as their screening languished and specific jobs within the military promised to them slipped away.

The new directive issued on Monday says that each armed service must comply immediately with a preliminary injunction issued last month in the District Court for the Northern District of California.

Air Force Lt. Col. Carla Gleason, a Pentagon spokeswoman, said the services will begin sending the recruits to training this week and will be placed in available slots.

About 18,000 US troops were green-card holders at the beginning of the Trump administration, and about 5,000 joined the military each year before the stricter policy, Pentagon officials have said.

The Marine Corps sent 1,044 green-card holders to recruit training in 2016 and 1,169 in 2017, but the number dropped to 808 in the most recent fiscal year ending in September, according to Pentagon data.

The Air Force sent 567 green-card holders to recruit training in 2016 and 590 in 2017. But that number dropped to 44 in the fiscal year ending in September. About 470 green-card holders are under contract and waiting to attend training.