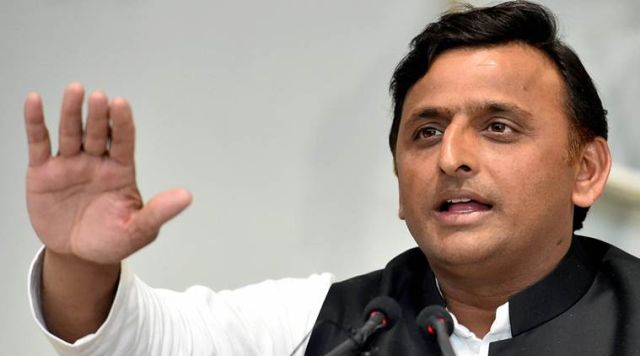 Lucknow : Samajwadi Party Chief Akhilesh Yadav on Thursday said the victory of the combined opposition candidates in the Kairana Lok Sabha and Noorpur Assembly by elections is a “befitting” reply to the BJP and those who sought to divide the country.

“I want to congratulate all the people, farmers, Dalits etc. who voted for us. This is a defeat for those who do not believe in democracy. People have given a befitting reply to the BJP. The people who were trying to divide the nation have got a befitting reply,” the former Chief Minister told reporters here.

He said that people of the state have taught the Bharatiya Janata Party (BJP) a lesson for “betraying” on all the poll promises.

“People of the state have taught them a lesson for betraying them,” Yadav said, adding, “UP government has repeatedly fooled the people. Farmers were told that their loans were waived but instead they lost their lives.”

The SP leader congratulated the voters in Noorpur and Kairana. “This is a victory for the farmers, the neglected, the poor and the Dalits.”

He thanked the Rashtriya Lok Dal (RLD) Chief Ajit Singh, RLD leader Jayant Chaudhary for holding the fort against the BJP in Kairana and recalled the legacy of former Prime Minister Charan Singh.