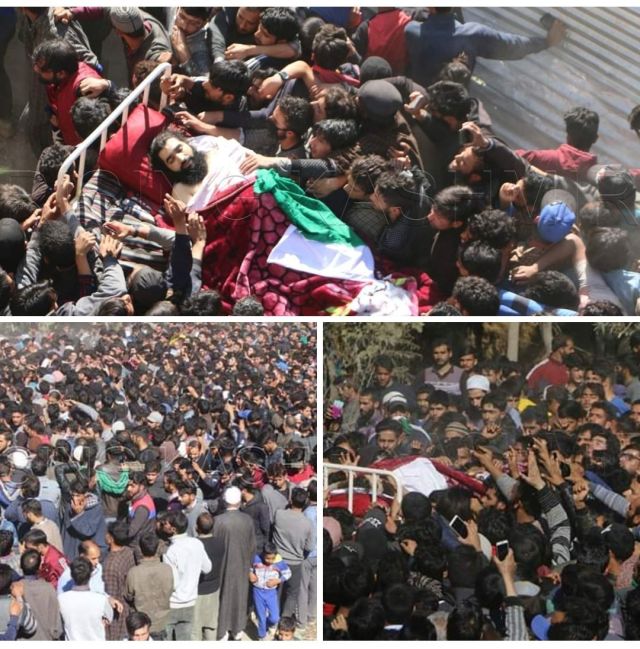 Srinagar : Clashes broke out in Anantnag on Wednesday after reports of a Ph.D scholar being killed in a shootout even as the authorities continued to face separatist protests against Sunday’s civilian deaths in Kulgam for the second consecutive day.

Sabzar Sofi, the Ph.D scholar, was killed along with his associate Asif Ahmed in Nowgam earlier in the day.

Skirmishes broke out immediately in the city outskirts as stone pelting youths attacked the security forces forcing schools and colleges to shut down in the Srinagar district.

In New Delhi, Jamia Milia Islamia refuted news reports that Sabzar Sofi had ever registered as a student with the university. It also said that there was no Botany department in the university as was reported by the media.

Clashes also broke out in Sangam area of Anantnag district where Sofi is from. People were outraged at the killing of the militant who was seen preparing for the civil service exams before joining militancy in October 2016.

People in Kulgam town saw heavy deployment of security personnel as the authorities continued restrictions in the Jammu and Kashmir town to prevent separatist-called protest march against seven civilian deaths in an explosion on Sunday.

All roads leading to Kulgam town were sealed. The march was called by the Joint Resistance Leadership on Tuesday in solidarity with the families of the seven killed in an explosion at the gunfight site in Laroo village.

Senior separatist leaders Syed Ali Geelani and Mirwaiz Umer Farooq have been under house arrest since Monday while Yasin Malik was taken into preventive custody.