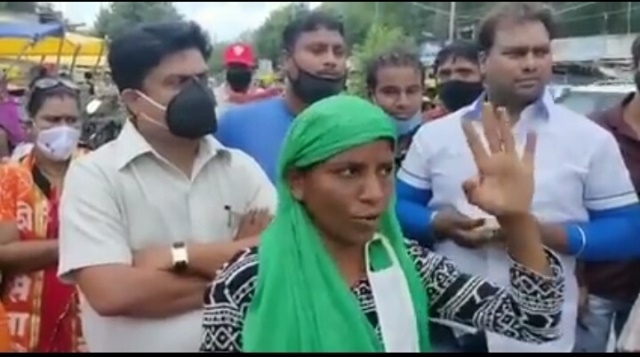 The video of a Muslim woman speaking fluent English has gone viral on social media. The woman named as Raeesa Ansari sells vegetables in Indore city and she was seen speaking against municipal authorities for allegedly asking to remove her pushcart from the roadside.

The woman from a marginalized family is a PhD in Material Science but sells vegetables as she couldn’t get a job due to alleged communal biases against the community. “Who will give me job? Who will help my family survive? My names is Raeesa Ansari and this is why I’m not getting any work”, Raeesa said.

Ansari, who looks after a family of around 23 members, added, “Our family has been selling vegetables for 50 years now, if the municipality asks us to remove our belongings from here, who would help us survive?”, says Ansari.

Expressing her concerns Raeesa says “Where do we go? Do we die at the Collector’s office or at the Municipality or at Modi’s House?”.

On an important note, Raeesa had completed her PhD in 2011 Indore’s Devi Ahilya University but she has been unemployed since then.

The coronavirus pandemic along with unemployment has taken a toll on the future of many educated youngsters who’ve been adjusting to quite degrading jobs or no jobs while the Government is sitting relaxed doing nothing for such issues.