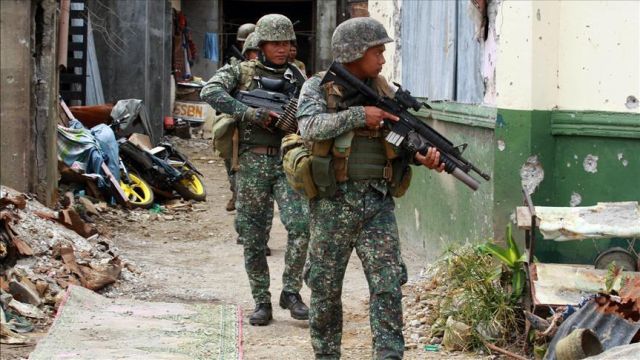 Zamboanga City, Philippines: Six police officers were killed and nine others injured in a misencounter Monday between the Philippine National Police and Philippine Army in Samar province.

The police officers, who are all members of the 805th Company of the Regional Mobile Force Battalion, were conducting combat patrol operations in the hinterlands of Villareal town when they were fired upon by the Philippine Army’s 87th Infantry Battalion, said Chief Superintendent Mariel Magaway, a regional police director.

“The Army was conducting an operation in the hinterlands because of the reported presence of armed men – the NPA,” said Magaway, referring to the communist New People’s Army.

According to Magaway, the local police unit was also conducting operations, which caught both forces by surprise and prompted them to open fire on each other.

The Army’s 8th Infantry Division commander Major Gen. Raul Farnacio confirmed that there were no casualties on the military side and said a joint, thorough and impartial investigation between the police and military is being conducted to look into the deadly incident.

“When you are in a highly vegetated area, it’s hard to distinguish who you are up against,” he said.

“The other side also returned fire. We are still conducting an investigation to determine how these two groups came close to each other,” Farnacio added.

A Special Investigation Task Group headed by the Samar Provincial Police Office has been formed by the Philippine National Police.

Since March 1969, the Philippine government has been fighting the NPA, which has waged one of the longest-running insurgencies in Asia that, according to the military, has claimed thousands of lives.